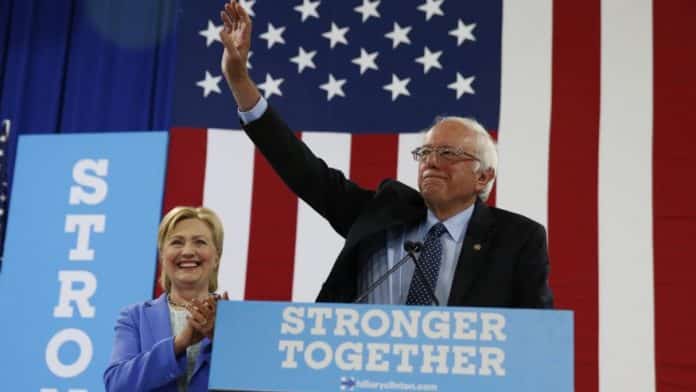 After a long, often contentious, and surprisingly successful primary campaign, Bernie Sanders endorsed Hillary Clinton for the presidency on Tuesday morning at a New Hampshire rally.

WASHINGTON (AP) — As coronavirus cases rise in more than half of the states, the Trump administration is urging the Supreme Court...
Read more

Overcrowded conditions are George W. Hill Correctional Facility led to the sexual assault of a female inmate sometime in mid-December.

President Trump has had it with plastic, period

President Donald Trump salutes before getting into his vehicle after arriving on Air Force One at the Philadelphia International Airport in Philadelphia,...

President Donald Trump is envisioning "a very special moment for world peace" after announcing he will meet North Korea's Kim Jong Un for summit talks in Singapore on June 12.

Three American prisoners held in North Korea have been released and are en route to the U.S. after a surprise diplomatic mission by Secretary of State Mike Pompeo.

Many members of what’s widely known as the kink community are outraged that Eric Schneiderman. Aficionados of kinky sex noted that Schneiderman’s accusers insisted they had given no consent — which is considered obligatory among most practitioners of kink.