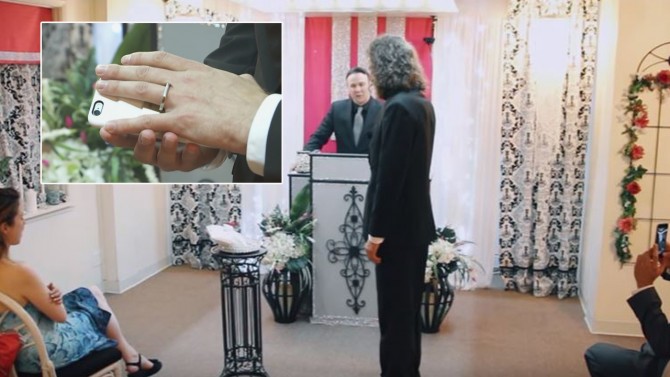 It’s official. Legally. Literally. Not kidding. A man has married his cellphone. We all spend more time lately with our phones than with our spouses, but this man took it to a new level.
- Advertisement -

A fearsome new invasive predator has emerged in the state: the arapaima, a monster fish.
Read more
LOS ANGELES

Video finally surfaced to validate Your Content’s previous stories about a man believed to be flying a jetpack nonchalantly journeying to LAX.
Read more
LOS ANGELES

Female protesters wearing curlers in their hair gathered outside Pelosi's home and hang hairdryers in her tree.
Read more