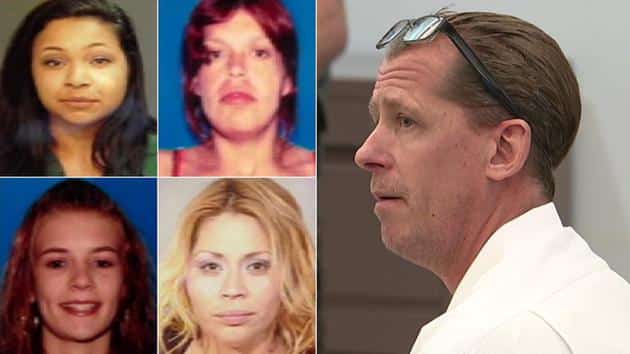 An Orange County jury on Wednesday decided a serial killer should be executed for the abduction and murder of four women.

Representing himself at his trial in Santa Ana, Steven Dean Gordon did not deny his responsibility for the deaths of the women, who had been working as prostitutes in Anaheim and Santa Ana in late 2013 and early 2014.

Investigators said they pieced together the case after the body of missing 21-year-old Jarrae Nykkole Estepp was found at a recycling center in Anaheim. Authorities said the men’s tracking devices linked them to the disappearance of the women.

Police believe Cano and Gordon knew each other since at least 2010, when Cano cut off his GPS device and fled to Alabama, where he was arrested with Gordon. Two years later, they again cut off their monitoring devices and boarded a Greyhound bus to Las Vegas using fake names before being arrested two weeks later by federal agents.

Senior Deputy District Attorney Larry Yellin made his case on evidence from DNA, GPS-tracked movements of both defendants and their own statements to police.