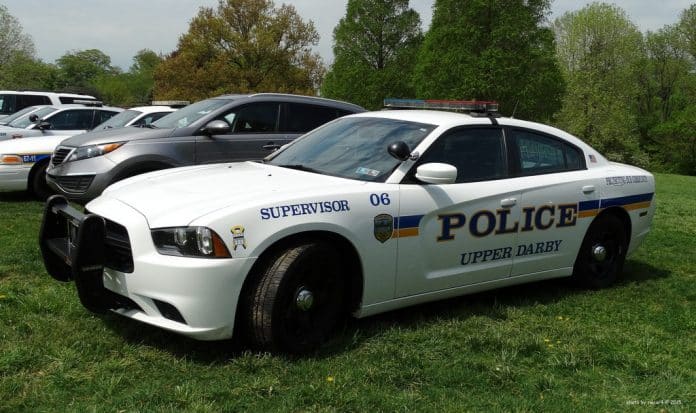 “UDHS administration received information about the weapon possession and acted quickly and decisively along with police on scene to administer a safe arrest,” said UD police in a Facebook post.

“We would like to thank the UDHS for their efforts and for constantly working with police to insure the safety of all students,” said police. “There are also a number of students that came forward with information and we thank them for their courage.”

Upper Darby Township Police Department Tweeted that no one was hurt and that “there was never a direct threat to any student on the grounds.”

“Thank you so much. My son is a freshman at UDHS,” David Polidoro wrote on Twitter following the incident. “There are no words to describe how grateful I am.”