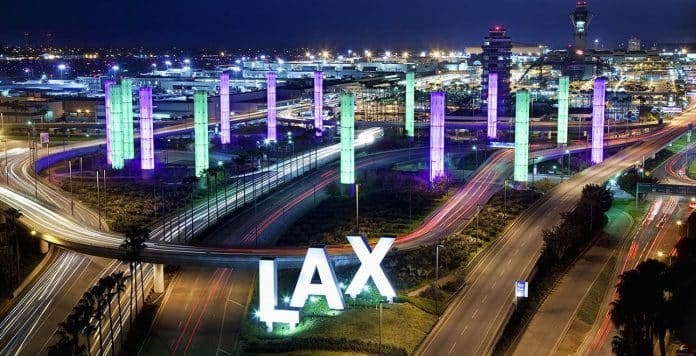 LOS ANGELES – A Chicago woman is facing a federal drug trafficking charge for allegedly trying to smuggle at least a kilogram of heroin and four kilograms of marijuana on a plane leaving Los Angeles International Airport.

Beige White, 34, was arrested Wednesday at LAX by special agents with the Drug Enforcement Administration. White made her initial court appearance yesterday afternoon, at which time she was ordered held without bond and was directed to appear for an arraignment on March 24, 2017.

A criminal complaint filed Wednesday in United States District Court specifically alleges that White attempted to smuggle approximately 2.28 pounds of heroin and 9 pounds of marijuana through a security checkpoint at LAX on Monday.

The narcotics were discovered in White’s luggage after she had checked in for a Southwest Airlines flight to Chicago. After seeing something suspicious in one of the bags during an image scan, the Transportation Security Administration inspected the bag and discovered a clear plastic bag containing a substance later determined to be heroin, as well as multiple sealed plastic bags containing marijuana. Another piece of checked luggage in White’s name also allegedly contained marijuana.

Los Angeles Airport Police responded to the scene, located White on her Southwest flight, and escorted her off the airplane. During a subsequent interview, White admitted to personnel with the Los Angeles Airport Police and the DEA that the bags containing the heroin and marijuana were hers, and that she and a friend had traveled from Chicago to attend events related to the Grammy Awards. According to White’s statement recounted in the affidavit in support of the complaint, her friend had purchased her airline ticket and offered to pay White $1,500 if she agreed to transport marijuana back to Chicago on her return flight. During the interview, White denied knowledge of the heroin that was in the same checked luggage as some of the marijuana, according to the affidavit.

Following the interview on Monday, White was released pending further federal investigation. Federal prosecutors filed the criminal complaint on Wednesday, and White was taken into custody before she boarded another flight to return home.

“The Department of Justice protects our nation’s critical infrastructure, of which airports and airlines are an important part,” said United States Attorney Eileen M. Decker. “Air travelers should not have to worry about drug smugglers attempting to use planes as vehicles to commit crimes.”

The complaint charges White with possession with the intent to distribute a controlled substance. If she were to be convicted of that charge, she would face a statutory maximum sentence of 20 years in federal prison.

A criminal complaint contains allegations that a defendant has committed a crime. Every defendant is presumed to be innocent until and unless proven guilty in court.

The DEA Los Angeles International Airport Narcotics Task Force, an inter-agency task force based at LAX, is conducting this investigation. The Task Force is charged with providing a coordinated law enforcement effort to target criminal enterprises that use the aviation system to transport large amounts of illicit drugs and drug proceeds throughout the United States.

The case against White is being prosecuted by Assistant United States Attorney Reema M. El-Amamy of the Organized Crime Drug Enforcement Task Force.