Irish Reception underway at the White House: VP Mike Pence opens with a story
I 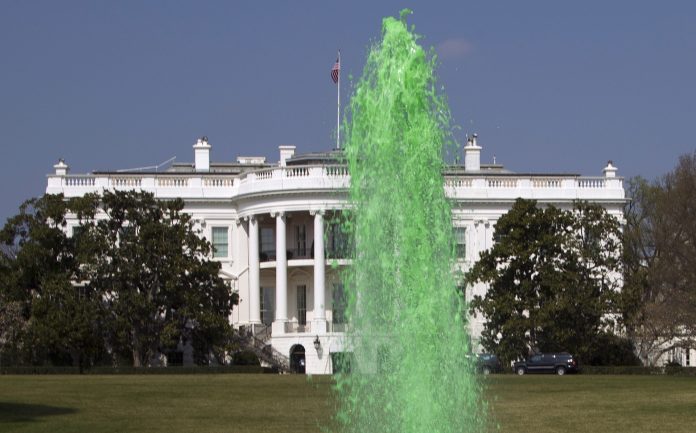 Pence described his grandfathers arrival to Ellis Island from Ireland in 1923, giving credit to his grandfather’s hard work for his successful trail to the White House.

President Trump was introduced at 6:10 p.m. by the VP, who made additional remarks lasting just under five minutes.

In welcoming guests, he singled out the Mayor of Belfast and head of the Northern Ireland Civil Service, in attendance along with the Republic of Ireland’s leaders. The president noted that he knew they would be hosting a golf open championship on “a great course.”

Trump described origins of the White House shamrock ceremony, praised the Irish for their ability to fight and for their confidence, and waxed on John F. Kennedy for the second time today. He said America needed “this great Irish confidence” and that “a new confidence is sweeping across our nation” now.

Taoiseach Enda Kenny of Ireland said he had had a “first-class” meeting Thursday morning with President Trump.