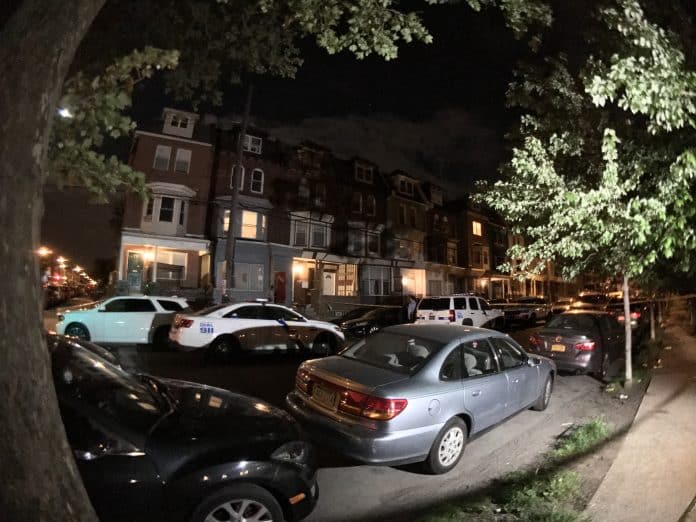 The incident happened on the 1200 block of South 51st Street.

Police responded to a domestic situation to serve a PFA (protection from abuse) order. The subject of the order vacated the premises. At approximately 2:45am police returned to after receiving a second complaint from the residence and noticed the man who was served the order was in the home, violating the order.

When officers confronted the man, he lunged at them with a large kitchen knife. “The officers did give commands,” Captain Sekou Kinevrew, the Commanding Officer of Public Affairs stated. “One of the officers then discharged his taser. The man then recovered and lunged at both officers again with the knife.”

Another officer then discharged his gun, shooting the male. Officers transported him to Presbyterian Hospital where he was pronounced dead at approximately 3:30am.

The man was shot at least one time in the chest. At this time, police are not sure what the nature of the second confrontation at the residence was in regards to.

The officer who discharged the weapon is a 3-year veteran to the Philadelphia Police Department & is assigned in the 12th district. The officer is expected to be interviewed within the next two days and may be placed on administrative leave throughout the duration of the investigation.

The victim was a 51-year old male.

Internal affairs is conducting an investigation into the shooting.

Update: 3:34am – Victim was pronounced dead at approximately 3:30am Friday morning.