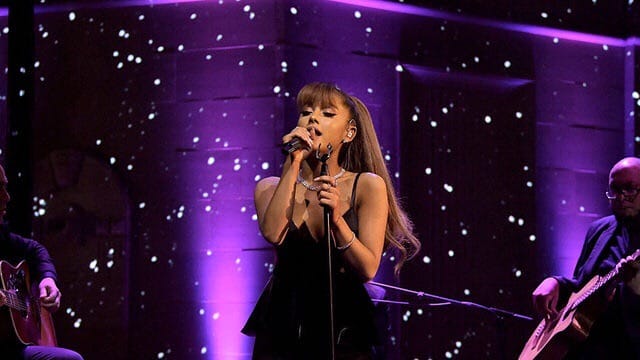 Greater Manchester Police said 19 people were confirmed dead and roughly 50 were injured by the explosion at Manchester Arena. Emergency vehicles were helping the injured and bomb disposal units were later seen outside the venue.
There was mass panic after the explosion at the end of the concert, which was part of Grande’s The Dangerous Woman Tour. The singer was not injured, according to a representative.
A source connected with Ariana told TMZ she had just left the stage when everyone heard what appeared to be an explosion.
Network Rail said train lines out of Manchester Victoria station were blocked.
The North West Counter Terrorism Unit is treating the incident in Manchester as a possible terrorist incident, sources said.
Senior national Counter-Terrorism officers are assembling in London and are liaising with the Home Office.
A US Department of Homeland Security statement said it was “closely monitoring” the situation and added that the department has “no information to indicate a ‘specific credible threat involving music venues in the United States.'”

KENDALL JENNER has joined forces with her sister, billionaire Kylie Jenner in her cosmetics...
Read more