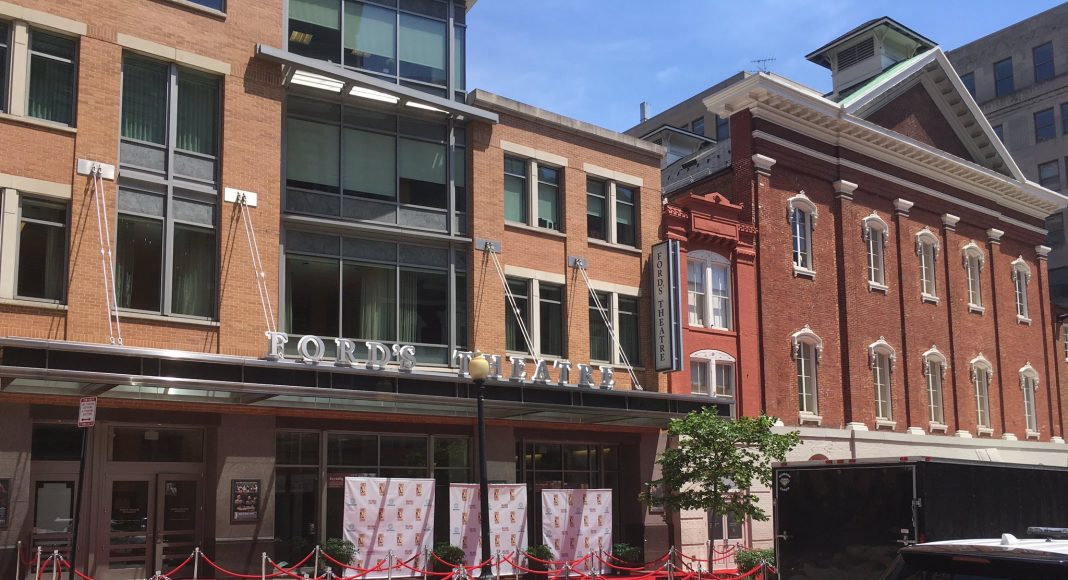 At 6:51 p.m. the motorcade departed the South Lawn at en route to Ford’s Theatre for this evening’s gala. Although we did not see the president, we briefly saw the First Lady in a champagne color dress.
The motorcade arrived at Ford’s Theatre at 6:55 p.m. after a brief ride from the White House. POTUS gave brief remarks just after 8:00 p.m.
President Trump described the London attack as a “horrific terrorist attack” and said he spoke with Prime Minister May to “express our unwavering support.” The President emphasized that the U.S. will do everything in its power to “bring those that are guilty to justice. America sends our thoughts and prayers.”
“We renew our resolve, stronger than ever before, to protect the United States and its allies from a vile enemy that has waged war on innocent life. And it has gone on too long. This bloodshed must end. This bloodshed will end. As president I will do what is necessary is to prevent this threat from spreading to our shores.”
Additional coverage will be posted.
(Reporting by Pete Kourkolis; Editing by Derick Dilsworth)