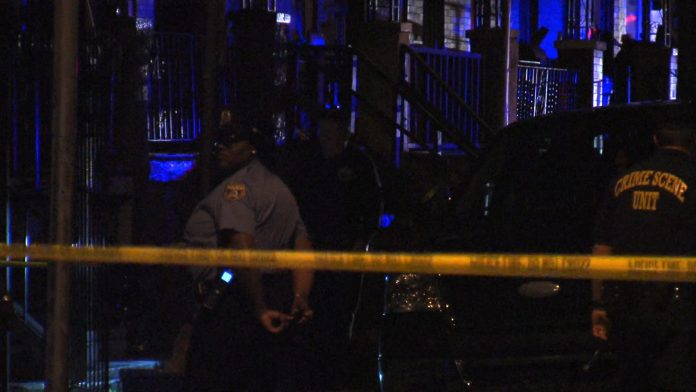 Police pronounced the victims dead on arrival at two of the incidents, the third was in critical condition after being shot in the face by a man in a lime green shirt.

Approximately one hour later, shots rung out on the 1500 block of S 26th St. after a child was attacked by a pit bull and rushed to the Children’s Hospital of Philadelphia in critical condition.
At the same time, a man was shot multiple times on the 5600 block of Ithan St and was pronounced dead upon arrival at Penn-Presbyterian Hospital.

The final shooting happened on the 1600 block of Harrison St. where a man was shot in the face and transported to Aria-Frankford Hospital. The perpetrator was described as a black male wearing a lime color shirt.

We will have more developments on the story Monday morning.