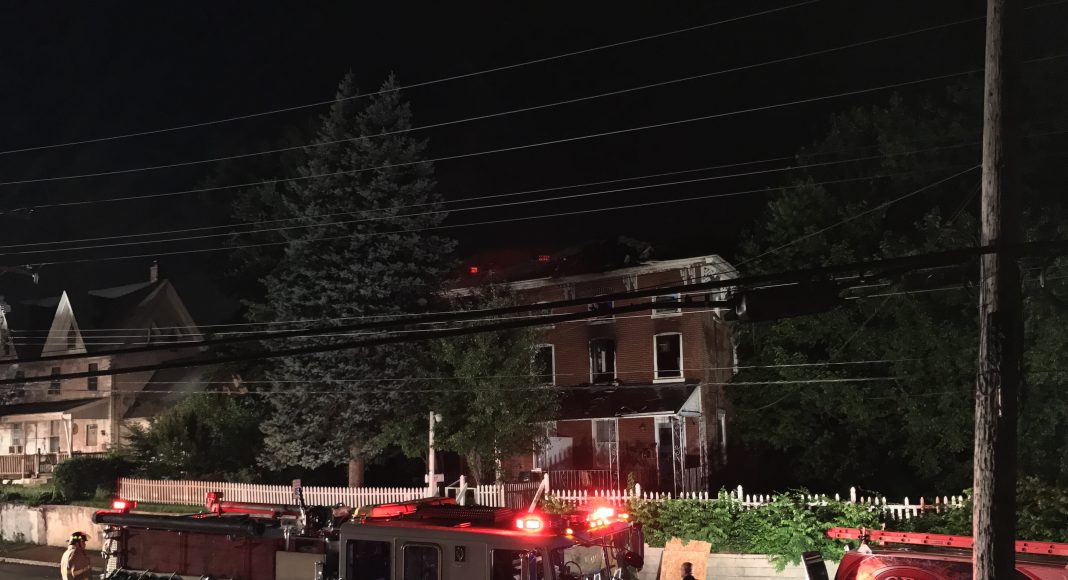 Fire crews responded to 35 Main Street for reports of fire coming from the roof of the home hours after firefighters put a fire out in the duplex.

Upon arrival, crews noticed flames coming out of the roof.

According to the Delaware County Times, dozens of neighbors and locals had gathered across the street to watch firefighters dowse the flames and bring it under control in less than a half hour early Monday night.

No word on what sparked the fire.