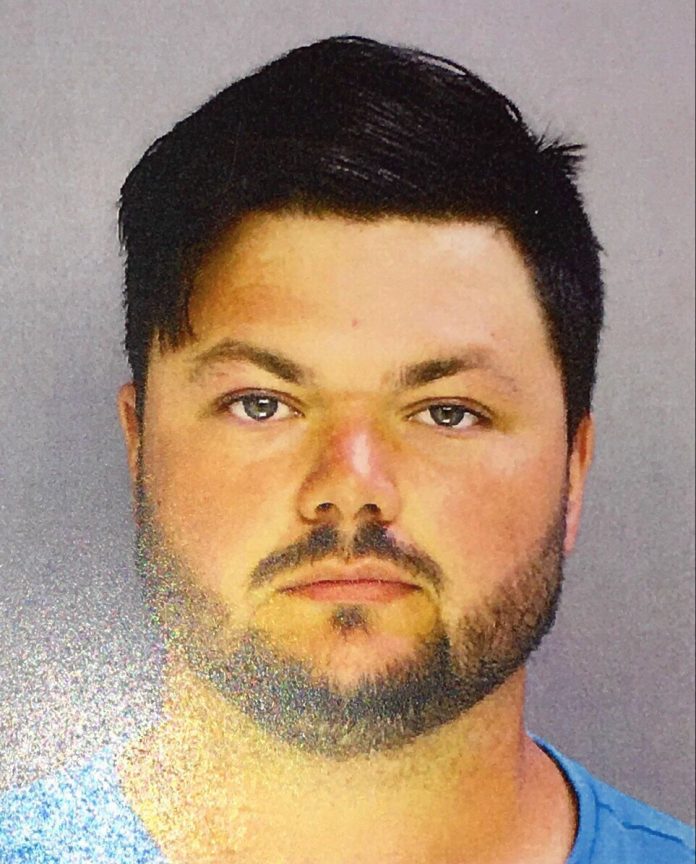 West Goshen, Pa. (YC) – West Chester District Attorney Thomas Hogan announced that the man wanted in connection with the road rage shooting has turned himself in.

David Desper, 28, of Trainor in Delaware County has been charged with murder.

Hogan spoke at a news conference Sunday morning where he told reporters that the suspect turned himself in.

WPVI was the only television network on scene at West Goshen Police Department when the suspects vehicle was brought to the station by police and parked inside a police garage.

Bianca Roberson, in her green 2009 Chevrolet Malibu, and the suspect in the pickup truck were traveling along Route 100 in West Goshen, Pennsylvania, just west of Philadelphia on Wednesday evening.

The officers who initially believed they were responding to a serious car accident quickly realized Roberson had suffered a gunshot wound to the head, West Goshen Police said in a statement.

According to authorities, on July 2, 2017, the defendant surrendered to the police through his attorney. Attorney Dan McGarrigle made the initial phonecall to law enforcement on behalf of his client, stating that he wished to turn himself in.

The defendant surrendered himself to the West Goshen Police Department and Chester County Detectives at the law offices of his attorney in Media, Pennsylvania.

Police recovered the defendants red Chevy Silverado at 58 Huntington Farm Drive in Glen Mills and after searching the defendant’s residence they also recovered the murder weapon – Desper has a license to conceal a firearm in Pennsylvania.

Desper is charged with First Degree Murder, Third Degree Murder, Criminal Homicide, Possessing an Instrument of a Crime and Recklessly Engangering Another Person.

He is being held without bail at the Chester County Correctional Facility.

You can watch the full press conference on the official Facebook page of YC by clicking here.