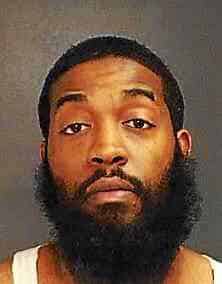 Delaware County, Pa. (YC) – Jack Whelan, Delaware County District Attorney, announced that he withdrew charges against a personal-care aide who brought a firearm and dozens of rounds to the Drexel Hill Middle School in March.
Citing recent Pennsylvania case law, Whelan said that the prosecution wouldn’t be able to prove that the defendant was guilty of a crime beyond a reasonable doubt.
“I think it’s a quirk in the law that needs to be looked at,” Whelan told the Daily Times. “The statute points this out, that if you have a lawful purpose to carry the weapon, then you’re exempt from this part of the statute.”
Domonique F. Jordan, 32, of the 1000 block of Chelten Avenue in Philadelphia, was arrested March 29 after admitting to police that he had a gun in his backpack when faculty found a bullet in the bathroom of Drexel Hill Elementary School.
The statute states that if a person possesses a firearm in conjunction with a lawful supervised school activity or course or is possessed for other lawful purpose, it would serve as a defense.
Whelan compared this case to one where a defendant possessed a knife on school grounds and the superior court ruled it was lawful.