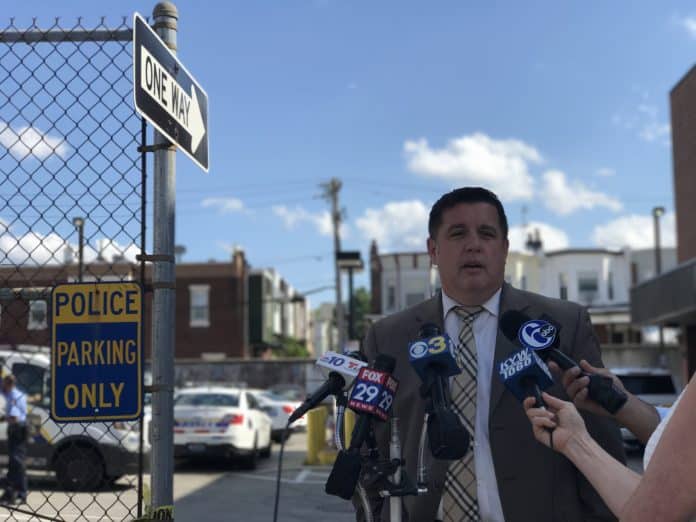 “Hate crime is an extremely different and difficult burden of proof,” Lieutenant Walker told YC following the news conference. “We would have to prove that those responsible have a hatred towards a specific group of people they’re attacking.”

Detectives in the department’s southwest division stated they were not convinced the actors were targeting trans people.

The suspects allegedly fired paintballs from inside an Infiniti M35 sedan.

On Thursday, July 6th, at approximately 4:21 p.m. police in the 12th District responded to a call for an assault. Officers were informed by three victims, that they were struck by paintballs while seated on their porch. The victims stated that the offenders stopped in front of the residence in a dark colored Infiniti sedan and began firing a paintball gun at them. Two of the three complainants were struck.

During the investigation police learned that justseveral minutes prior to that incident, a couple walking at 42nd Street and Baltimore Avenue had were struck in a similar paintball attack involving the same vehicle. A woman was hit in that incident.

Officials are looking for a silver Infiniti sedan with silver window trim bearing a Pennsylvania license plate with the letters “KJ.” Police have yet to provide descriptions of the suspects.