Upper Darby man shot with over a dozen children nearby
U 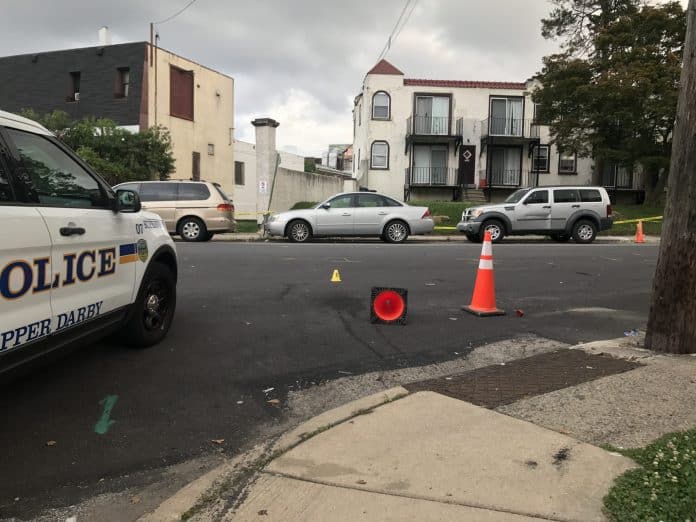 Numerous rounds were found on location.

The actors are described as 2-black males driving a dark charcoal Lexus, last seen traveling in the wrong direction on Alderbrook Road.

According to neighbors, over a dozen children were outside playing when the shooting occurred.

“The kids are outside until dusk,” one neighbor told YC. “When I got home I thought one of them was hurt. It’s scary.”

Police were seen at the corner store and 7-Eleven located around the block from the incident.