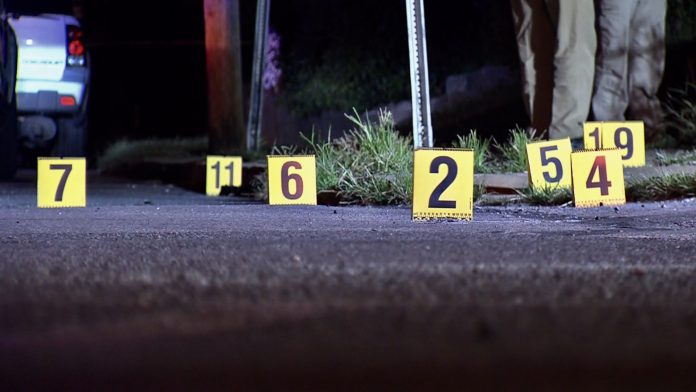 Colwyn Borough Police were dispatched to the intersection of South 4th St. & Walnut St. just after 10:30 p.m. Friday for reports of shots fired.

One victim suffered a gun shot wound to the head.

All three victims were rushed to the hospital. Upon arrival, two of the victims, a 16-year-old and a 20-year-old were pronounced dead.

The third victim, a 15-year-old teenager was shot in the arm and is currently being hospitalized.

Neighbors told YC a vehicle with approximately six occupants drove by the scene one day prior asking if the neighborhood locals were of African descent.

According to witnesses, the same vehicle parked on the corner of S 4th St. & Walnut St. just before the shooting and fled immediately after.

Anyone with information on the identity or whereabouts of this individual are urged to Colwyn Police Chief Hills 484-494-4900 or Delaware County CID at 610-891-4861.