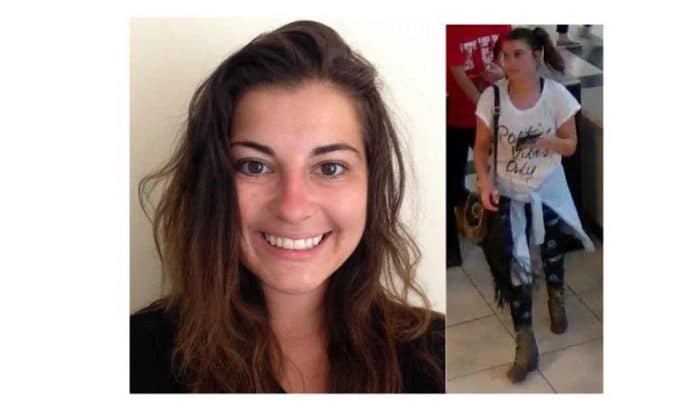 PHILADELPHIA (YC) — According to family & police, the body of a missing Temple University student has been found.

Joshua Hupperterz, 29, is in police custody & charged for murder. Investigators said on Saturday say he has admitted to elements of the crime, according to Philadelphia Police Commissioner Richard Ross.

The body of Jenna Burleigh was located on the property of Hupperterz’s grandmother.

Jenna Burleigh, 22, had been missing since the early morning hours of Thursday, August 31.

There were no immediate details as to where her body was found or the circumstances surrounding the discovery.

YC discovered that her body was found in Wayne County just before 4 p.m. Saturday.

The suspect in the case allegedly drove to Wayne County following her disappearance. That led police to a home in a gated community in Hawley.

Investigators say it is the home of the grandmother of Joshua Hupperterz.

Police say he was the last person seen with Burleigh.

Burleigh is a commuter student from Lower Salford Township in Montgomery County.

Her friends and family had been trying to reach her around the clock and when they could not, many feared the worst.

Burleigh’s father reacted to the news on his Facebook page Saturday afternoon.

Overnight, Philadelphia police executed a search warrant at the off-campus apartment of that friend in the 1700 block of North 16th Street.

According to WPVI, his roommate told police he found stains in certain areas of the home that looked as though someone had tried to clean up some blood.

Homicide and crime scene units were seen taking evidence out of the home.