VENICE, ITALY (US WEEKLY) – Parenthood looks good on George and Amal Clooney! The hot couple made their first red carpet appearance together since welcoming their twins on Saturday, September 2, in Venice, Italy.

The Money Monster star, 56, kept it classic in a dapper tux while escorting the human rights lawyer, 39, in a silk chiffon, lilac Versace gown, to the Suburbicon screening at the 2017 Venice Film Festival at Sala Grande.

They enjoyed a fun night out together just three months after Amal gave birth to their twins, Alexander and Ella, on June 6. “This morning Amal and George welcomed Ella and Alexander Clooney into their lives. Ella, Alexander and Amal are all healthy, happy and doing fine,” a rep for the actor said in a statement to Us at the time. “George is sedated and should recover in a few days.”

The Academy Award winner recently joked about how he’s embracing fatherhood in stride. “I just have to clean the barf off of my tux,” George told the AP on August 29. “It used to be my barf but now it’s the twins’ barf. So it all works out.”

He also gushed over his wife’s amazing abilities as a mother, saying, “She’s like an Olympic athlete. She’s doing so beautifully.” 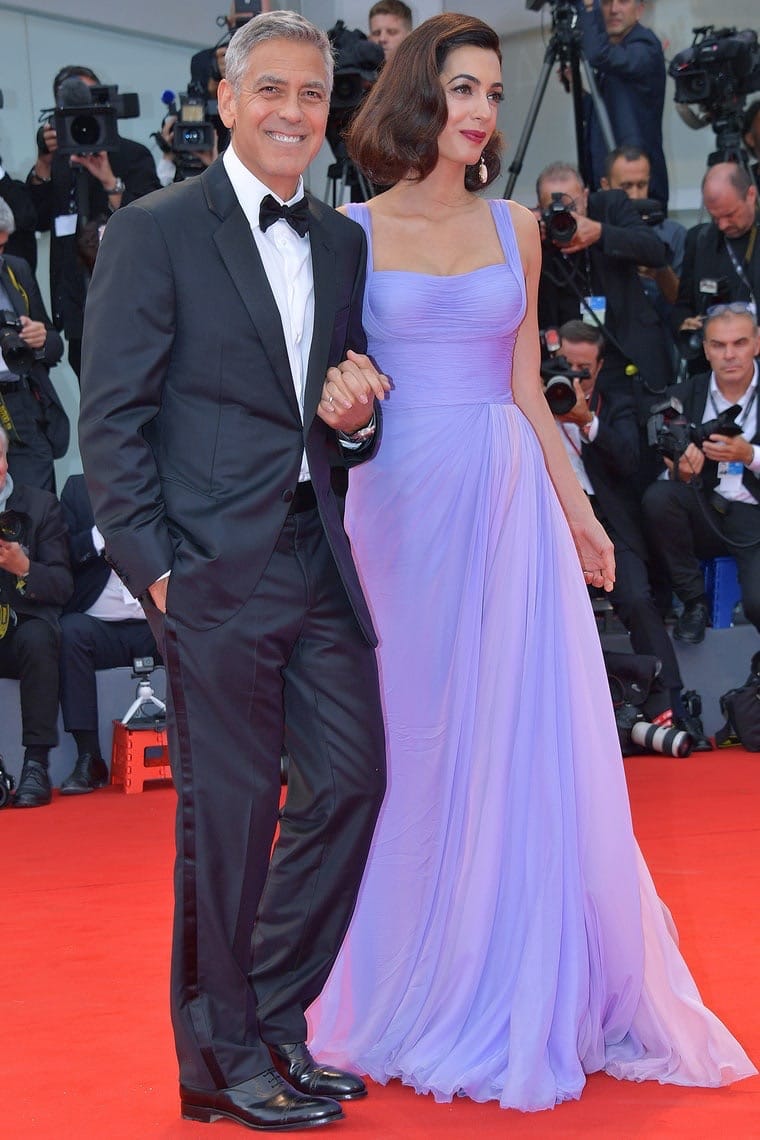 Meanwhile, the Tomorrowland actor directed, co-produced and co-wrote the new dark comedy alongside the Coen brothers.

Starring his pal Matt Damon with Oscar Isaac and Julianne Moore, Suburbicon takes place in the ’50s in an idyllic community with a dark underbelly of violence and deceit.