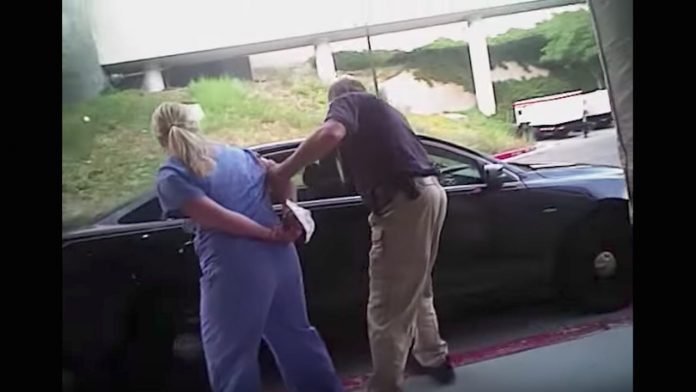 SALT LAKE CITY (AP) — A second Salt Lake City police officer has been put on paid leave as authorities investigate the use of force in a nurse’s arrest.

The July 26 incident captured on police body-camera video showed Detective Jeff Payne dragging nurse Alex Wubbels from a hospital and handcuffing her after she refused to allow blood to be drawn from an unconscious patient in a car-crash investigation.

The video has caused outrage since it was released Thursday.

Prosecutors have asked for a criminal investigation, prompting the police department to put two officers on paid administrative leave.

The second officer hasn’t been formally identified, but officials have said they also were reviewing the conduct of Payne’s boss, a lieutenant who reportedly called for the arrest if Wubbels kept interfering.