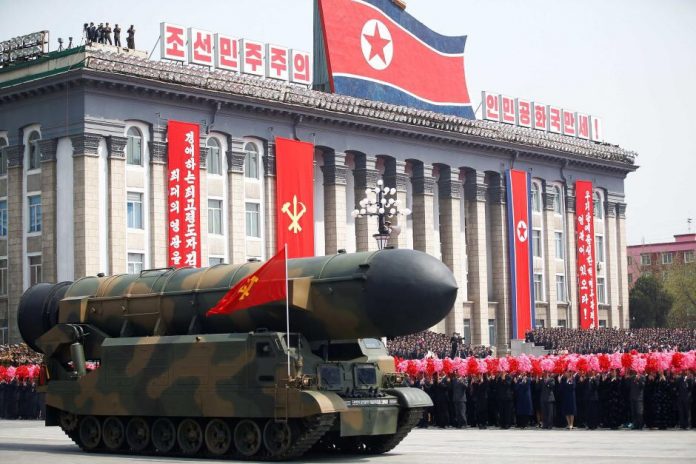 UNITED NATIONS (AP) — North Korea’s top diplomat said Monday that President Donald Trump’s tweet that leader Kim Jong Un “won’t be around much longer” was a declaration of war against his country by the United States.
Foreign Minister Ri Yong Ho told reporters that what he called Trump’s “declaration of war” gives North Korea “every right” under the U.N. Charter to take countermeasures, “including the right to shoot down the United States strategic bombers even they’re not yet inside the airspace border of our country.”
Ri referred to Trump’s tweet Saturday that said: “Just heard Foreign Minister of North Korea speak at U.N. If he echoes thoughts of Little Rocket Man, they won’t be around much longer!”
Trump also used the derisive reference to Kim in his speech to the U.N. General Assembly on Sept. 19.
The foreign minister opened his brief remarks in Korean by saying that over the last few days, the U.N. and the international community have clearly wished “that the war of words between the DPRK and the United States will not turn into real action.”
DPRK refers to the North’s official name, the Democratic People’s Republic of Korea.
“However, that weekend, Trump claimed that our leadership wouldn’t be around much longer, and … he declared the war on our country,” Ri said.
“Given the fact that this comes from someone who is currently holding the seat of (the) United States presidency, this is clearly a declaration of war,” the foreign minister said.
He said all U.N. members and the world “should clearly remember that it was the U.S. who first declared war on our country.”
Ri then said North Korea now has the right to retaliate against U.S. bombers.
And he ended his brief remarks by saying: “The question of who won’t be around much longer will be answered then.”