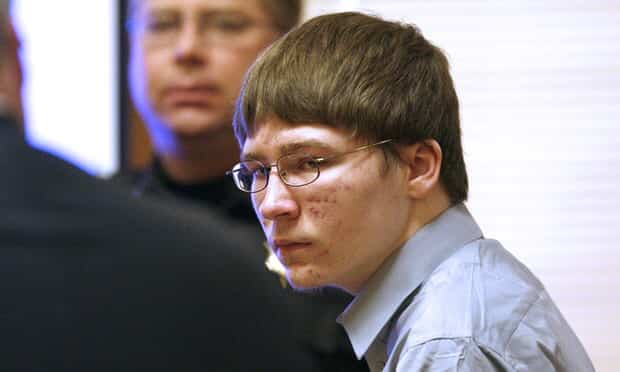 CHICAGO (AP) — The Latest on oral arguments in the appeal of an inmate featured in the “Making a Murderer” series (all times local):

12:45 p.m.
A full federal appeals court has heard arguments about whether investigators coerced a confession from a Wisconsin inmate featured in the “Making a Murderer” series. If they rule he was coerced, he could go free.
Several judges at the 7th Circuit U.S. Court of Appeals in Chicago on Tuesday appeared sympathetic to arguments that investigators manipulated Brendan Dassey’s into saying what they wanted him to say.
The appeals court has seven judges.
Dassey was sentenced to life in prison in 2007 after telling detectives he helped his uncle, Steven Avery, rape and kill photographer Teresa Halbach.
Judge Diane Wood said watching a video showing how investigators questioned Dassey made her “skin crawl.” She said they fed him answers.
But Diane Sykes and several other judges sounded unconvinced that investigators went too far.
A ruling is expected within several weeks.

12:01 a.m.
A federal appeals court is set to consider arguments over whether a Wisconsin inmate featured in the “Making a Murderer” series should go free.
Oral arguments in Brendan Dassey’s case are set for Tuesday morning before the 7th Circuit U.S. Court of Appeals in Chicago.
The proceeding is expected to last an hour.
Brendan Dassey was sentenced to life in prison in 2007 after he told detectives he helped his uncle, Steven Avery, rape and kill photographer Teresa Halbach.
A federal judge overturned Dassey’s conviction last year, ruling that investigators coerced his confession.
State attorneys asked all seven of the 7th Circuit judges to review the case. The court rarely grants such reviews, but the state argued police practices have been called into question.
___
This story has been corrected to reflect that the appeals court has seven judges, instead of 12.

Copyright 2017 The Associated Press. All rights reserved. This material may not be published, broadcast, rewritten or redistributed.