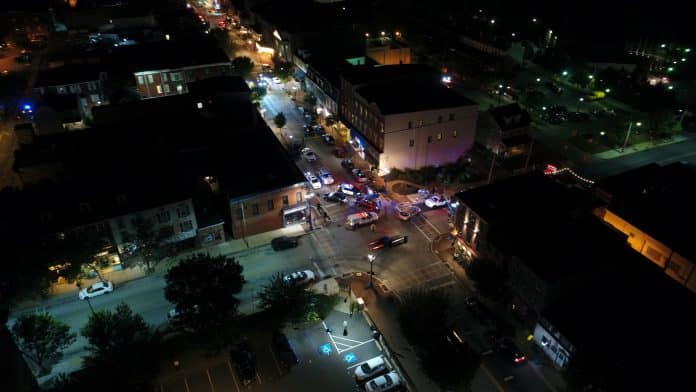 PHOENIXVILLE, PA – A manhunt is underway after a man was shot and killed Thursday night in Phoenixville, Chester County.

The shooting happened at 9:45 p.m. Thursday on a pedestrian walkway in the 200 block of Bridge Street, in an area known as the Children’s Plaza.

Police are looking for 21-year-old Keyon Carpenter. They released a picture of the suspect early Friday morning.

It is a busy stretch lined with bars, restaurants and the landmark Colonial Theater, where the movie “The Blob” was filmed.

Witnesses told police the victim, 20-year-old Joshua Mitchell, was arguing with Carpenter when Carpenter pulled out a handgun and fired a shot at Mitchell and the crowd.

YC Sky Eye HD was over the scene as the story broke last night. 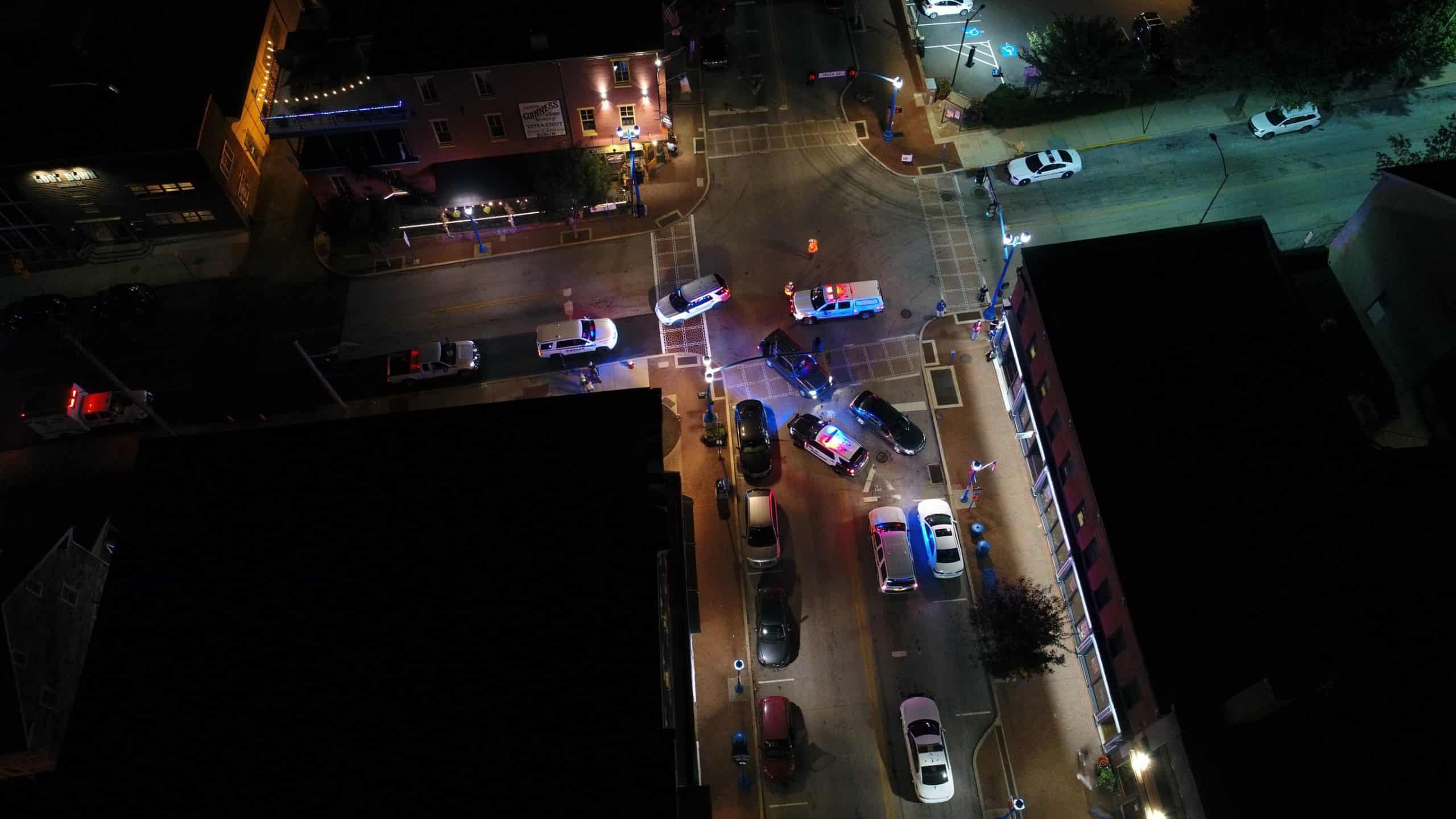 Mitchell had got into a verbal argument with Keyon La-Shawn Carpenter, 21, for unknown reasons. The argument escalated, and Carpenter pulled out a gun and fired a shot at Mitchell and nearby witnesses, police said.

Mitchell turned and fled the scene, but after a short chase Carpenter shot him in the upper body, according to authorities.

Police said that Mitchell was treated by first responders on the scene and rushed to Phoenixville Hospital, where he was later pronounced dead.

Carpenter was identified as the shooter by multiple witnesses at the scene, police said. He fled the area after the shooting and has not yet been captured.

Police are actively searching for Carpenter and said that he should be considered armed and dangerous.

The gun was recovered from the area of the shooting. An investigation determined that it had been stolen and attempts had been made to file off the serial number.

If you have any information, please call 911.