District Attorney BUSTED by Feds for Failed Cover Up
D 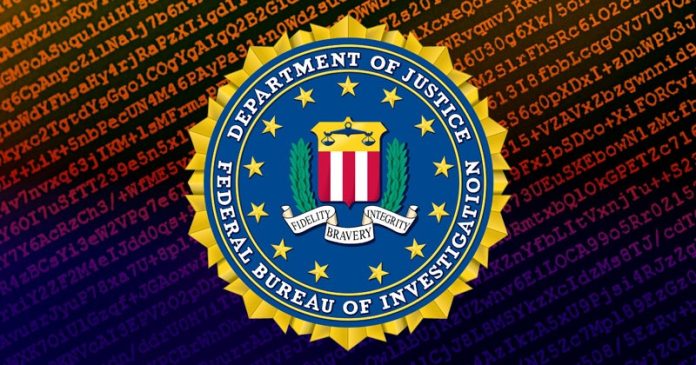 Suffolk County, NY (YC – Gov.) — A four-count indictment was returned this morning by a federal grand jury in the United States District Court for the Eastern District of New York charging Thomas J. Spota, the Suffolk County District Attorney, and Christopher McPartland, the Chief of Investigations and Chief of the Government Corruption Bureau of the Suffolk County District Attorney’s Office (SCDAO), with (1) Conspiracy to Tamper with Witnesses and Obstruct an Official Proceeding, (2) Witness Tampering and Obstruction of an Official Proceeding, (3) Obstruction of Justice, and (4) Accessory After the Fact to the Deprivation of Civil Rights.

The defendants are scheduled to be arraigned at 3:00 p.m. this afternoon before United States District Judge Leonard D. Wexler at the United States Courthouse in Central Islip, New York.

“Prosecutors swear oaths to pursue justice and enforce the law.  Instead of upholding their oaths, these defendants allegedly abused the power of the Suffolk County District Attorney’s Office, attempted to cover up the assault of an in-custody defendant, and attempted to thwart a federal grand jury investigation,” stated Acting United States Attorney Rohde.  “Abuses of power by law enforcement authorities cannot and will not be tolerated.  There are serious consequences to such actions.”

“While FBI agents were working to restore justice in a civil rights investigation, District Attorney Thomas Spota and Assistant District Attorney Christopher McPartland were conspiring to obstruct it, as alleged today.  The crimes they’re charged with are rivaled only by the conduct they allegedly attempted to conceal.  Make no mistake about it, this type of activity will not be tolerated.

Today our message is clear: those seated at the highest levels of the law must still operate within its confines – there are no exceptions,” stated Assistant Director-in-Charge Sweeney.

As set forth in the indictment and a bail letter filed earlier today, on December 14, 2012, an individual (John Doe) was arrested on suspicion of burglarizing motor vehicles, including a motor vehicle issued to and possessed by Burke.  Thereafter, John Doe was transported to the Fourth Precinct of the Suffolk County Police Department (SCPD), placed inside an interview room, and handcuffed to a permanent fixture inside the room.

Later that day, Burke and other members of the SCPD entered the interview room and assaulted John Doe.  Thereafter, John Doe confessed to the burglary of the vehicle.  Initially, the Government Corruption Bureau of the SCDAO, under the supervision of defendant McPartland, who reported directly to defendant Spota, handled the prosecution of John Doe.  Subsequently, John Doe alleged that his confession was involuntary because, in part, he had been assaulted by Burke, and a special prosecutor was then assigned to the prosecution.

In April 2013, the USAO-EDNY and the FBI initiated a federal grand jury investigation of the December 14, 2012 assault of John Doe.

As alleged in the indictment, between December 2012 and the present, defendants Spota and McPartland, together with others including Burke and other members of the SCPD, had numerous meetings and telephone conversations discussing the assault of John Doe, John Doe’s allegations against Burke, and the federal investigation.

During those meetings and telephone conversations, defendants Spota and McPartland and Burke and other members of the SCPD agreed to conceal Burke’s role in the assault and to obstruct and attempt to obstruct the federal investigation in order to protect Burke.

More particularly, defendants Spota and McPartland, Burke and others used the power of their positions with the SCDAO and SCPD to obstruct and attempt to obstruct the federal investigation by, among other means, using intimidation, threats and corrupt persuasion to pressure multiple witnesses, including co-conspirators, not to cooperate with the federal investigation, to provide false information, including false testimony under oath, and to withhold relevant information from the USAO-EDNY, FBI and the federal grand jury investigating the assault of John Doe.

Ultimately, the attempts to thwart the grand jury investigation were unsuccessful and, on February 26, 2016, Burke pleaded guilty to a deprivation of John Doe’s civil rights and conspiracy to obstruct justice.  Thereafter, on November 2, 2016, United States District Judge Wexler sentenced Burke to 46 months in prison, and he currently is serving that sentence.

The charges in the indictment are merely allegations, and defendants Spota and McPartland are presumed innocent unless and until proven guilty.