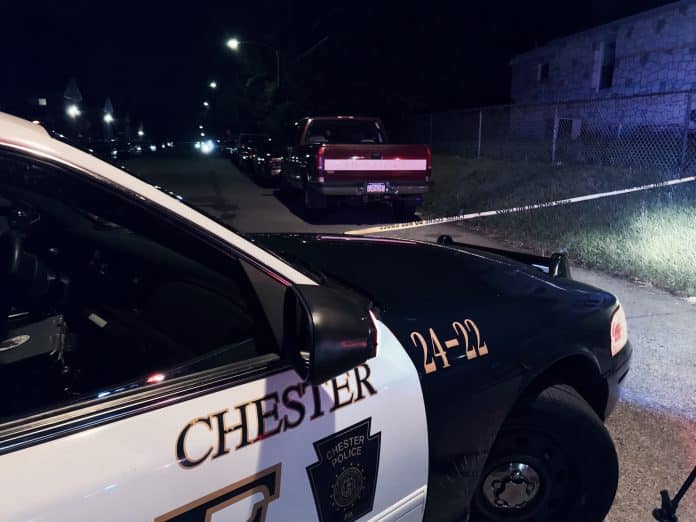 CHESTER, Pa. (YC) – Police in Chester City are investigating a shooting that sent a 73-year-old woman to the hospital Friday night.

Just after 9:40 p.m. Friday, Chester Police received a call to respond to the area of the 900 block of Tilghman Street, for the report of shots being fired.

While officers were responding, a second 911 call came in from a residence on the 900 block of Lamokin Street for a woman shot.

When police arrived to the residence, they spoke to the unidentified victim who was suffering from a gun shot wound to her right leg.

She told police that she had just got off of a bus at 9th & Lamokin Streets just a few minutes prior, and began to walk north on Lamokin Street.

As she began walking, she heard gun shots, then felt pain in her leg.

She continued to walk to her residence where she called 911. Paramedics did transported the victim to Crozer Chester Medical Center where she was treated by the on duty staff for her injuries.

She is listed in good condition at this time.

A short time later, a crime scene was located in the area of 7th Lamokin Streets.

Anyone with information on this incident, is urged to contact Detective Brian pot (Chester Police Detective) at 610-447-8431 or by email at [email protected].