Man who shot a gun in a park had friend Snapchat it; spends Thanksgiving in jail
M 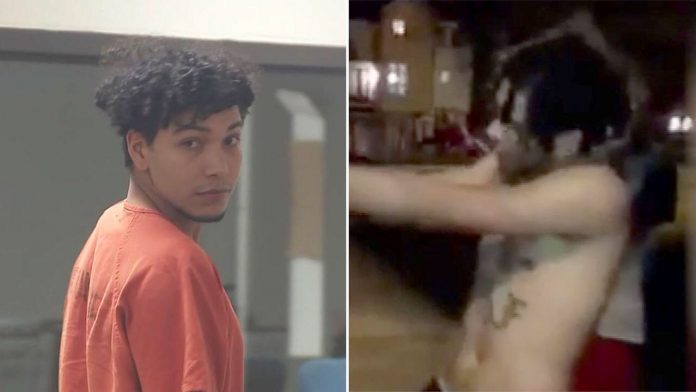 The suspect arrested in a shooting in the Heights that was posted on Snapchat lost his job due to the case.

Details of 22-year-old Edwin Ospino’s arrest were revealed during a hearing in Harris County Probable Cause Court on Thanksgiving Day.

Ospino, charged with deadly conduct and discharging a firearm into a building or vehicle, had bail set at $20,000.

His public defender argued for a lower bond amount since he is responsible for a child.

In court, prosecutors stated officers were called to Cottage Grove Park for a report of a gunshot.

No one was at the park when officers arrived.

Investigators identified the handgun used in the Snapchat video as a .40 caliber glock.

Officers received a photo of the suspect and matched the person to the video using a matching tattoo.

A prior mugshot out of Fort Bend County was also used to match the suspect to the Snapchat post.