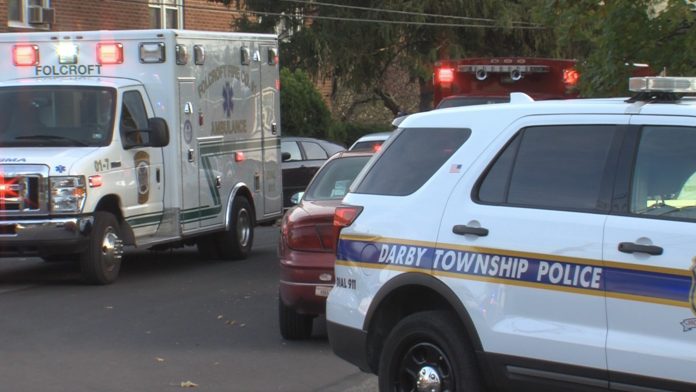 While police were searching the area, they were told by dispatchers that the victim just arrived to the hospital.

The man drove to Mercy Fitzgerald Hospital, suffering from a gunshot wound.

He told police the shooting happened by the intersection of Greenway Ave & Front St.

The shooter was described as a black male wearing a grey hoodie & blue pants.

His condition is currently unknown.