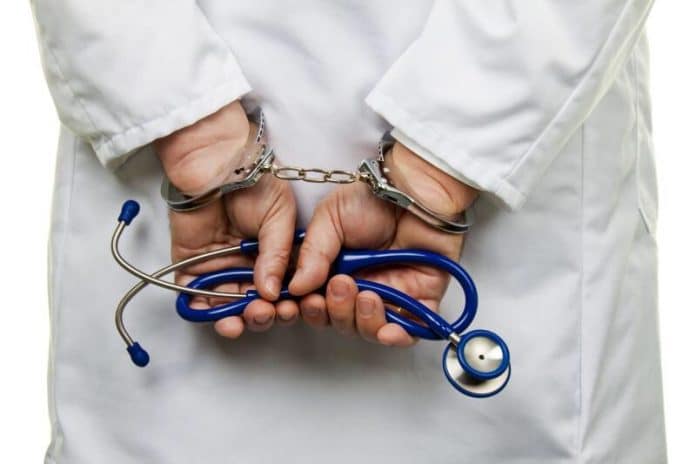 HARRISBURG — Attorney General Josh Shapiro today announced drug delivery resulting in death charges against a former Westmoreland County doctor who criminally over-prescribed opioids and other drugs to two patients – both of whom later overdosed and died.

Dr. Michel Toret, 71, of Westmoreland Avenue, Jeannette, was arrested this morning and charged with two counts of drug delivery resulting in death, a first-degree felony, and related offenses.

Toret is the 10th defendant charged with drug delivery resulting in death by the Office of Attorney General in 2017. Under Attorney General Shapiro, the office is using this charge to confront doctors and drug dealers who supply deadly narcotics that cause someone’s death.

“Whether you’re a doctor or a dealer on a street corner, if you give someone drugs and it causes their death, you’re facing a first-degree felony and jail,” Attorney General Shapiro said. “We’re using every tool we have to hold doctors who over-prescribe opioids, and dealers who sell heroin, fentanyl and other deadly drugs, accountable for the carnage they’re causing across Pennsylvania.”

The investigation began in September 2016 when an employee of Toret contacted local law enforcement to report Toret was prescribing large amounts of opioids to patients that appeared to be abusing the opioids.

On September 12, 2016 – just days after this initial contact with police – Heather Dervin, a patient of Toret, died of a fatal overdose of methadone, clonazepam, Flexeril, and Benadryl. Dervin had an appointment with Toret the week prior to her death. At that appointment, Toret prescribed Dervin 150 methadone tablets, 90 clonazepam tablets, 90 Flexeril tablets and other prescription drugs.

On October 10, 2016, a second patient of Toret’s, Glenn Morgan, died in Kansas. A preliminary toxicology test found benzodiazepine and opiates in his blood stream.  Police found oxymorphone and alprazolam, prescribed by Toret on October 8, in Morgan’s hotel room. Read the criminal complaint.

In November 2016, investigators searched Toret’s office on Hill Drive, North Huntingdon. Medical files seized were later examined by an independent doctor who concluded in the case of Heather Dervin: “Despite evidence of drug abuse, as denoted on the all too infrequent urine drug screens performed, despite concerns expressed by pharmacists, despite witness-related reports of drug abuse, despite clear evidence of severe psychological dysfunction, Dr. Toret prescribed high-dose opioids in a manner inconsistent with the best medical interest of the patient.”

In the case of Glenn Morgan, the independent doctor concluded: “The only monitoring of his drug intake that occurred was on June 25, 2016, shortly prior to his death, when Dr. Toret identified that Mr. Morgan was abusing multiple opioids, including those he was not prescribing. But for Dr. Toret’s prescribing of opioid analgesics and high-dose benzodiazepine sedatives to Mr. Morgan, he would not have died.”

Toret continued to prescribe suboxone, tramadol and other drugs following the voluntary surrender of his DEA registration on the day his office was searched in November 2016.

“Thanks to strong law enforcement collaboration with the Drug Enforcement Administration, Pennsylvania State Police and local police in Kansas, we were able to identify the source of these drugs – a doctor who should have been helping his patients get well, not fueling their addictions,” Attorney General Shapiro said. “We’re combating this horrible epidemic on street corners, in doctor’s offices, and in board rooms, and we’ll hold those accountable who fuel this epidemic wherever we find them.”