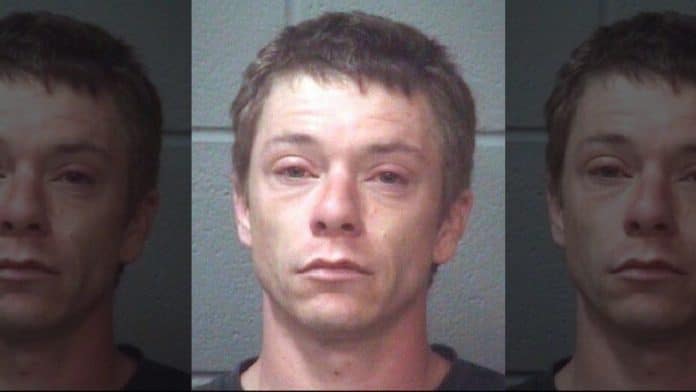 JACKSONVILLE, N.C. (AP) — Authorities in North Carolina have arrested a man in connection with the disappearance of a young girl and said they are determined to find the child’s body.

Earl Kimrey of Jacksonville was arrested late Friday and was being held at the Onslow County Detention Center on a $1 million bond in the disappearance of 3-year-old Mariah Woods, deputies said.

Investigators think the girl is dead, but they have not found her body, the sheriff’s office said in a statement that did not say how authorities think the girl was killed.

“The searches will now shift to a recovery process,” deputies said of the more than 700 volunteers that poured into the county along the North Carolina coast about 120 miles (193 kilometers) southeast of Raleigh, searching woods, outbuildings and anyplace else for the girl.

Kimrey removed the girl’s body from the place where she died and knew her death was not natural, according to arrest warrants. Deputies did not release any details on how she may have died.

The FBI asked for any business or residents near U.S. Highway 17 or state Highway 53 in the area where the girl disappeared to call police and let them see the footage.

“Allow us to review it to determine if it is of investigative value,” FBI agent Stanley Meador said.

Mariah was reported missing Monday morning by her mother, who said she last saw her when she put her to bed the night before.

Kristy Woods made tearful pleas for her daughter’s return. “This is my world, this is my angel,” she said.

Neither Miller nor Meador would give details about what led them to arrest Kimrey, 32. He is charged with concealing of death, obstruction of justice, second-degree burglary, felony larceny and possession of stolen property.

Prosecutors are reviewing whether additional charges should be filed.

The statement did not indicate whether Kimrey had a lawyer or if anyone else could also be charged.

Mariah’s father, who has been involved in a custody dispute with her mother, has criticized her version of events.

“Someone just walked right up in there, grabbed the 3-year-old out of the bed and she didn’t cry, she didn’t scream?” Woods told WCTI-TV in New Bern earlier in the week.

“Nobody heard anything? Four people in the house, two adults and two kids someone just comes up and snatches the baby and walks out?”