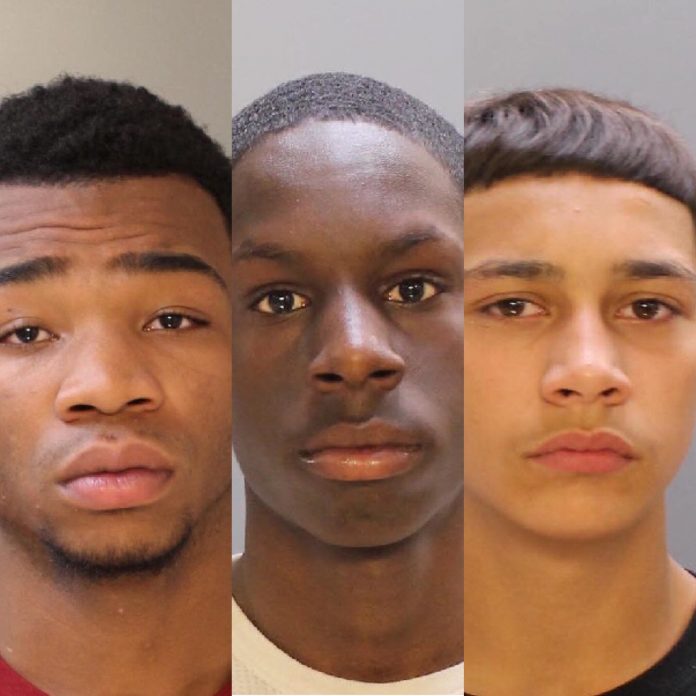 PHILADELPHIA, Pa. (PPD) — On Sunday, December 3, 2017, three juveniles were taken into custody in connection with the beating death of 57-year-old Kevin Cullen.

All three are charged as adults.

On Sunday, November 26th, 2017 15th District Police Officers responded to the 4200 block of Loring Street at 5:55pm for a robbery in progress.

Upon arrival police observed a male later identified as 57-year-old Kevin Cullen of the 2600 block of Southampton Road lying on the ground unconscious.

Police learned through further investigation that the offenders were teenagers wearing dark clothing and one wearing a grey camouflage jacket.

The motive is robbery.