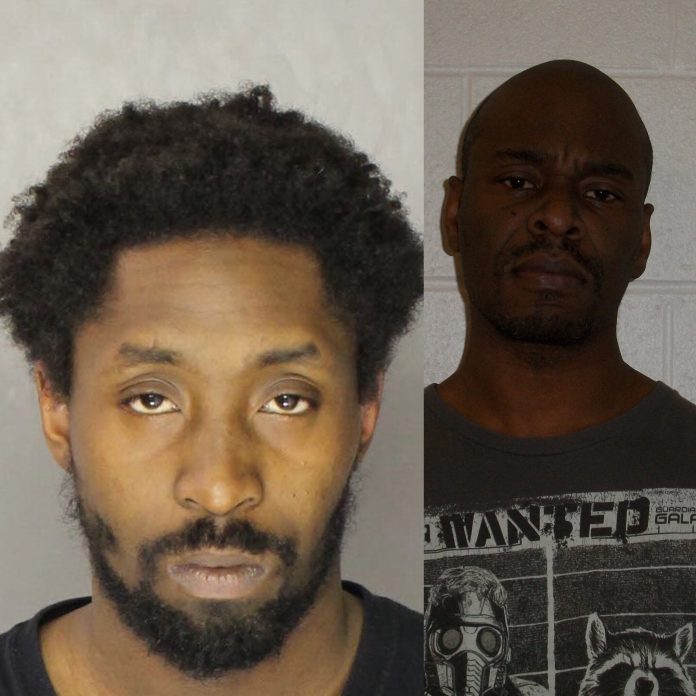 Defendant Jamal Bailey has been charged with homicide for administering Seroquel, an anti-psychotic medication, to his ten month old daughter, causing her death.

Investigative findings showed that the child had been administered Seroquel for at least 30 days prior to her death and the defendant “wiped” his phone directly after her death.

The second suspect, William Gardner, has been charged with homicide for the abusive head trauma death of his four month old son.

An examination of the child’s body also revealed over 15 rib fractures, eye damage, and brain injuries.

Both defendants were the primary caretakers for their children and other causes for the fatal injuries have been ruled out.

District Attorney Hogan stated, “It is a tragedy when any child dies. But when children die at the hands of the people who are supposed to care for them and protect them, it is an outrage.”

On April 26, 2017, Downingtown police officers responded to a 911 call at the defendant’s residence.

Police officers found the infant victim unresponsive, with a greenish mucus coming from her mouth and nose.

She was taken to the hospital and pronounced dead.

An autopsy of the little girl revealed that she had died from quetiapine intoxication. Quetiapine, brand name Seroquel, is an anti-psychotic medication.

It is not approved for use in children or infants. The victim was not prescribed this anti-psychotic drug. The investigation revealed that the defendant had a prescription for Seroquel, which he was prescribed for a bi-polar diagnosis.

Bailey stated that the baby was not a good sleeper, and the baby’s sleeping habits were making him tired. The defendant explained that Seroquel made him sleepy.

However, he denied giving Seroquel to the baby to get her to sleep.

The explanations offered for how the baby was exposed to Seroquel included the possibility that: (1) she reached the pill bottle of Seroquel from her crib and opened it; (2) the defendant inadvertently mixed the drug into her formula once; and (3) the pills were spilled throughout the residence.

A Chester County Detective had the foresight to recover hair from the infant victim.

Hair samples can show how long a person has been exposed to a drug. In this case, the victim’s hair sample revealed that she had been ingesting Seroquel for 30-45 days prior to her death.

Anybody with information about this case should contact Downingtown Detective Andy Trautmann at (610) 269-0263 or Chester County Detective Jim Ciliberto at (610) 344-6866.

Deputy District Attorney Megan King has been assigned to prosecute this case.

In December of 2016, the defendant was in charge of taking care of his four month old son, Ayden Gardner.

Gardner was at the residence with the infant victim.

The baby was lying on a sofa, blue and cold to the touch. He was transported to the hospital and pronounced dead.

The Chester County District Attorney’s Office was called in to investigate.

The medical findings were deeply disturbing.

The baby had over 15 rib fractures, ranging from within days to over three months old (and the baby was only four months old). The victim had bruises on the spine and scalp. The brain of the infant showed acute and remote subdural hematomas, indicative of massive head trauma that was both recent and ongoing.

This constellation of injuries show a baby that was abused severely and consistently over at least three months.

The detectives interviewed everybody associated with the child. They all confirmed that Gardner was the primary caretaker for the child and that nobody else had injured the baby in any way.

On the date of the baby’s death, the witnesses described Gardner as calling them to report that something was wrong with the baby, but not calling 911.

Gardner denied any accidental falls or injuries to the child and confirmed that he was always home with the baby.

Anybody with information should contact Chester County Detective Oscar Rosado at (610) 344-6866.

District Attorney Hogan added, “Child abuse cases involving the death of an infant are complex and heartbreaking. Due to their age, the children could not have verbally reported the abuse to other family members. Now the children are dead. They will never be able to tell their stories. Instead, we will be relying on medical experts to explain what happened to these infants. We know that these are difficult cases. But somebody has to stand up for the children.”