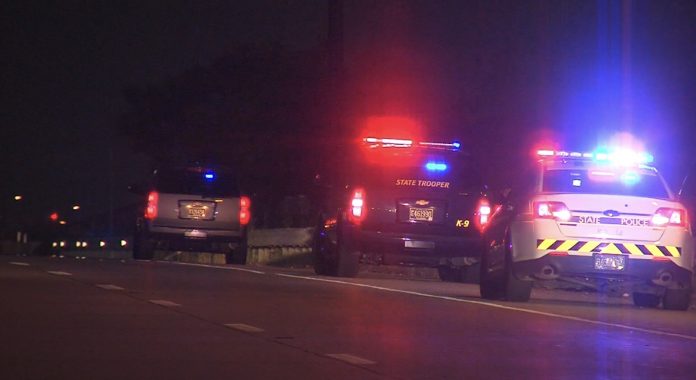 CHESTER CITY, Pa. (YC) — What started off as a drug deal ended in a movie-like pursuit, police told YC.

Just after 6:30 p.m. Wednesday, Chester City Police received a 911 call for the report of illegal drug sales in the parking lot of Dollar Magic, located on the 2200 block of Edgemont Avenue.

As the officers arrived, they noticed a gray Nissan leaving the area, failing to use their turn signal.

Officers initially pulled the vehicle over on the 2000 block of Providence Avenue.

When officers began to walk up to the vehicle, that’s when the incident went from 0 to 100, literally.

The vehicle took off at a high rate of speed as officers ran back to their police vehicles to give chase.

The vehicle proceeded to the I-95 South on-ramp at Edgmont Avenue.

The vehicle then continued on I-95 at a high rate of speed and was driving erratically.

Officers lost the vehicle, and got off at the Market St. / 452 exit

Police then received information that the vehicle got off at the Chichester Avenue exit, which is one exit South from where the officers exited the highway.

The vehicle had crashed, making it inoperable.

Officers proceeded to the Chichester Avenue exit where the vehicle was located, but no driver was found.

Numerous items were removed from the vehicle and placed into evidence.

Pennsylvania State Police joined the chase and pursued the suspect on foot.

There is no immediate word on any arrests.