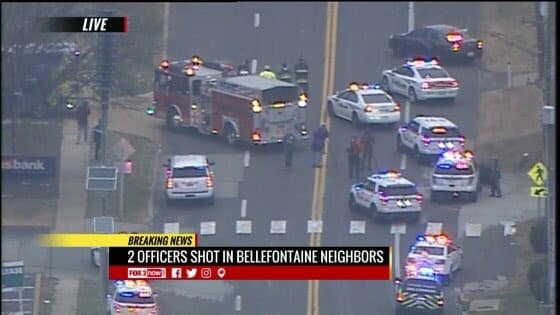 The shooting happened before 8 a.m. Thursday in the St. Louis County town of Bellefontaine Neighbors. The gunman barricaded himself inside a home amid a heavy police presence. Officers are trying to negotiate his surrender.

Bellefontaine Neighbors Mayor Bob Doerr told the St. Louis Post-Dispatch that both officers are going to be OK. He says one is a male sergeant, the other a female patrol officer. Both were conscious and talking after the shooting.

Doerr did not have details about what led to the shooting.