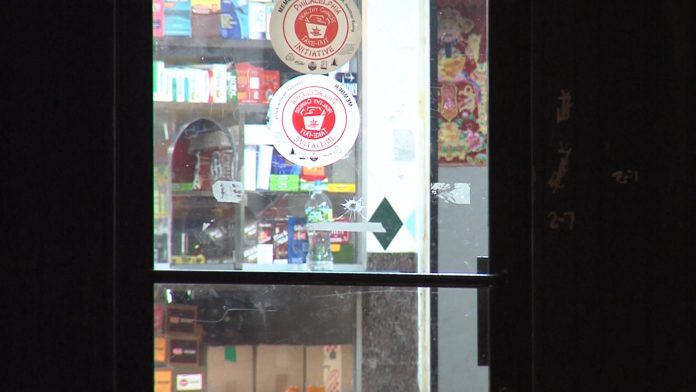 Police said two men chased a young man into a Chinese food store on the 2700 block of Dickinson Street to shoot him.

When customers saw the gunmen, they held on the door so they couldn’t enter.

The gunmen then opened fire from outside of the store, striking the teen in his head.

He was rushed to the hospital in critical condition.