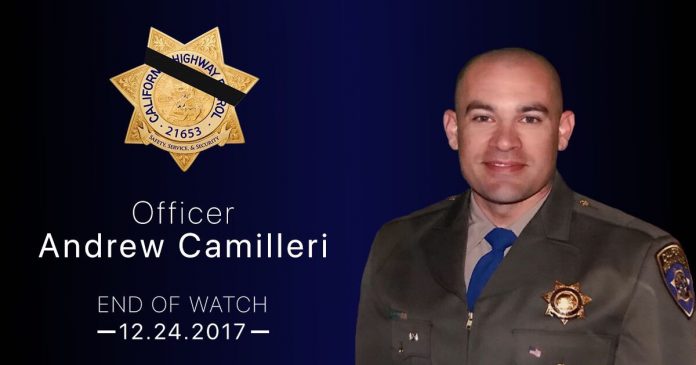 The collision was reported at 12 a.m. near A Street and involved a car that reportedly rear ended a CHP patrol vehicle. The other driver was also taken to a hospital, officials said.

Officials from the CHP Golden Gate office confirmed the “tragic in the line of duty death of a CHP Officer” on Twitter just before 8 a.m. More information will be shared at a 10 a.m. news conference.

Footage from the scene shows debris littering the roadway while both cars are mangled. Additional details about the cause of the collision remain unknown.

Electronic billboards are warning drivers of the closure near Winton Avenue across from Southland Mall.

Traffic is congested because all vehicles, involving semi trucks, are being diverted to A Street. Some drivers are even using the emergency lane to exit the freeway.

CHP officials anticipate all five southbound lanes to be closed for several hours as they continue their investigation.

Check back for updates on this developing story.