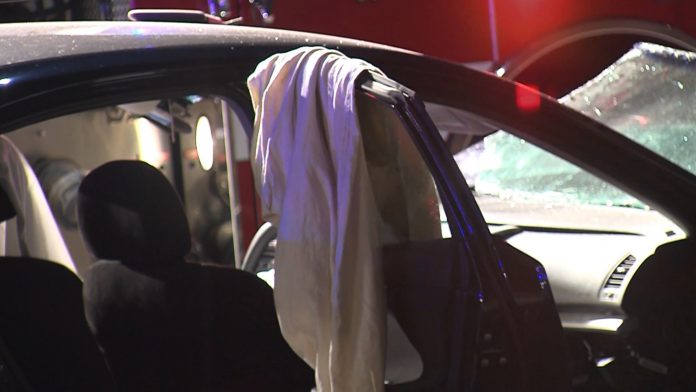 NEWTOWN SQURE, Pa. (YC) – We broke the story just after 2 a.m. Thursday after a man struck a SEPTA bus at a high rate of speed in Newtown Square, Delaware County.

The man, identified as Donald Lee Rieck, was initially rushed to the hospital in critical condition but was pronounced dead shortly after.

Newtown Detective Bill Moor said the driver of the striking vehicle was traveling westbound on the 3300 block of West Chester Pike at 12:58 a.m. when he struck the rear of a Route 104 bus.

Fire crews from Newtown Volunteer Fire Co. alongside first responders worked diligently to extricate Rieck, who was heavily entrapped in his vehicle.

He was taken to Paoli Hospital where he was later pronounced dead from his injuries.

Only two passengers were on board the bus, both of whom were not injured.

The bus driver was transported to the hospital with a non-life threatening back injury, according to SEPTA spokesperson Heather Redfern.

Moor said the investigation into the cause of the crash is ongoing.