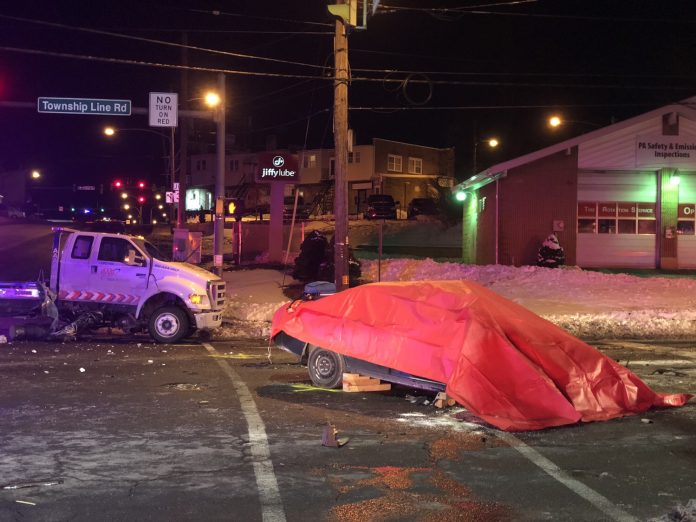 Paul McCullough, of Havertown, was pronounced dead at the scene. His 36-year-old female passenger, who was in the front seat of the Camry, was taken to an area hospital in critical condition, Chitwood said.

The preliminary investigation indicates that the Camry ran a red light, but it was not clear why, Chitwood said.

The truck operator, a 37-year-old Philadelphia man, was not injured, Chitwood said.