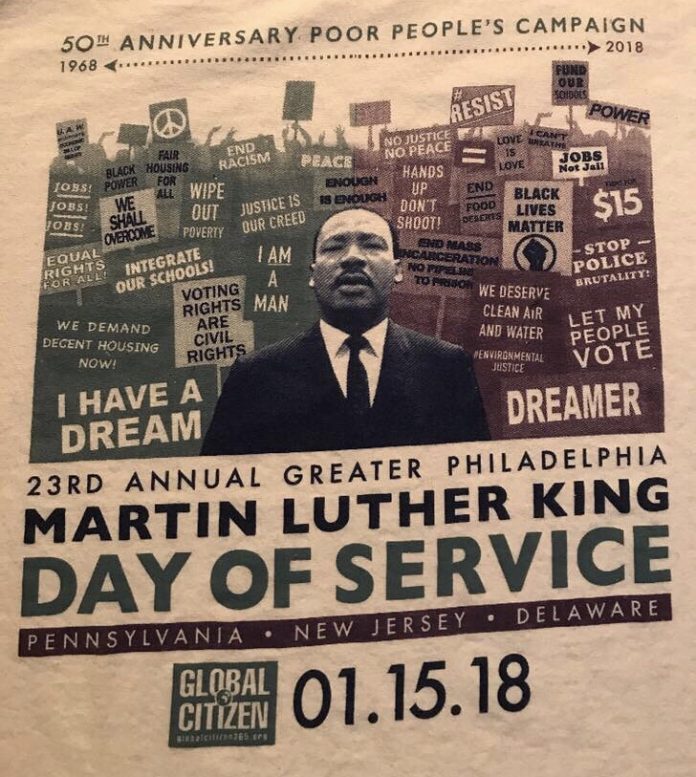 Should schools push political opinions to children from the age of 5?

This topic has stirred controversy nationwide. So much so, that colleges and universities have even banned professors from pushing a political statement to students.

Now, a local elementary school in Delaware County Pennsylvania has parents furious after each student was given a t-shirt comparing 1968 to today.

It is unclear if tax dollars were used to purchase the shirts given to students of the Rose Tree Media Elementary School, but parents will be taking it up at the next school board meeting.

It’s been 50 years since Dr. Martin Luther King Jr. was murdered in Memphis at age 39.

Civil rights leader and Representative John Lewis (D-GA), who joined Dr. Martin Luther King Jr. in the 1963 March on Washington, appeared on talk shows Sunday morning to say that King’s dream had been shaken and the leader “would not be pleased” with the current state of affairs in America today.

“If Dr. Martin Luther King, Jr. was still alive, he would be speaking the idea that we’re one people, we’re one family, we all live in the same house,” Lewis said Sunday, “not just American house, the world house, that we must learn to live together as brothers and sisters. If not, we will perish as fools.”

This is a developing story as we are waiting on a statement from the school district.