Aston man sentenced for patronizing victim of human trafficking
A 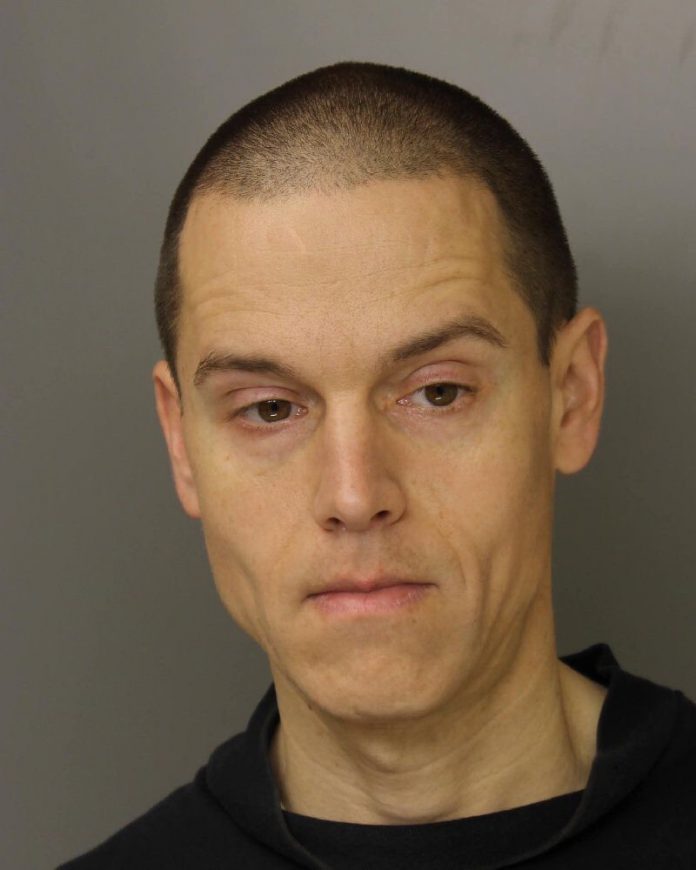 Media, Pa – Today Delaware County District Attorney Katayoun “Kat” M. Copeland announced that 40-year-old Matthew Jeffrey Sipps of Aston is the first in Delaware County to be sentenced under Pennsylvania’s human trafficking legislation for engaging in a sex act with a victim while knowing that the act was the result of that individual being a victim of human trafficking.

After being found guilty of the lead charges of patronizing a victim of sexual servitude (F2), concealing the whereabouts of a child (F3) and corruption of minors (M1) at trial, Sipps was sentenced to a minimum of 12 months incarceration to a maximum of 60 months incarceration in state prison followed by five years of state sex offender probation.

Matthew Jeffrey Sipps, 40, of the 100 block of Sweigart Lane in Aston was charged December 5, 2016 following the conclusion of an investigation into a missing 16-year-old victim, which was conducted by Det. Mark Bucci of the Delaware County District Attorney’s Office Criminal Investigation Division (CID) Child Abuse Unit and Sgt. Michael Ruggieri of the Aston Township Police Department.

The investigation began when Officer Thomas Hearty of the Aston Township Police Department was contacted by North Providence Rhode Island Police Department concerning the whereabouts of a 16-year-old female victim who had been missing from her home for eight weeks. According to police, the victim contacted her mother to be picked up from 110 Sweigart Lane in Aston Township.

During the course of the investigation, detectives learned that the victim made contact with a man named “Jordan” who picked up the victim from her hometown in Rhode Island and drove her to a hotel in New Jersey where he had sexual intercourse with her several times. He then posted her photos online as an advertisement for escort services. In March 2015, Matthew Sipps responded to that advertisement and arranged to meet the victim at a hotel. Sipps went to the hotel and paid the victim for sex. Sipps then took the victim to his home in Aston where she stayed for a month. Sipps told the victim to not leave or socialize with his family and to stay in Sipps’ room. For over a week the victim told Sipps that she wanted to go home but he would not let her leave the house. Eventually Sipps provided the victim with a cell phone and the victim contacted her mother in Rhode Island who then contacted local police about the whereabouts of her missing daughter.

FBI Special Agent Michael Goodhue and Det. Bucci met with Sipps who admitted to meeting the victim at a motel in Maple Shade, New Jersey, after calling the phone number on a website. Sipps was arrested on December 5, 2016 for patronizing a victim of sexual servitude.

Through the course of a separate federal investigation, the individual known as “Jordan” was identified as Raymond Justis.  On March 30, 2016, Justis pled guilty to federal charges of sex trafficking of a minor and was sentenced to a term of incarceration in federal prison following his prosecution by the United States Attorney’s Office in the Eastern District of Pennsylvania by Assistant U.S. Attorney Michelle L. Morgan.

“I would like to commend CID Detective Bucci, Sergeant Michael Ruggieri of Aston Police, Assistant District Attorney Alan Borowsky who prosecuted the case, Special Agents Michael Goodhue and Jennifer Batish, and Assistant U.S. Attorney Michelle Morgan, as well as the Delaware County Children’s Advocacy Center (CAC) and the Delaware County Women Against Rape (DCWAR) for providing assistance to ensure a thorough and complete investigation and successful prosecution,” said District Attorney Katayoun Copeland. “Their hard work and collaboration led to the arrest and conviction of two predators, and most importantly, ensured that the child victim was returned to a safe, healthy environment. Together, we are committed to vigorously investigating and prosecuting those who traffic and exploit children for their own selfish gain.”