Police in Wilkes-Barre Township took to Facebook Wednesday night to alert people on how to identify a police vehicle during a traffic stop.

These instructions came after police suspected a man was impersonating police, giving a description of the vehicle on the post.

It wasn’t too long until the man described saw the post and informed police it wasn’t him.

Police then went back and forth in a somewhat humorous argument.

Many chimed in, but police chimed back; citing facts of the law with links to the Pennsylvania legislature.

They asked the man to call them to speak to an officer as the argument started, but it doesn’t seem that he’ll be taking them up on that offer. 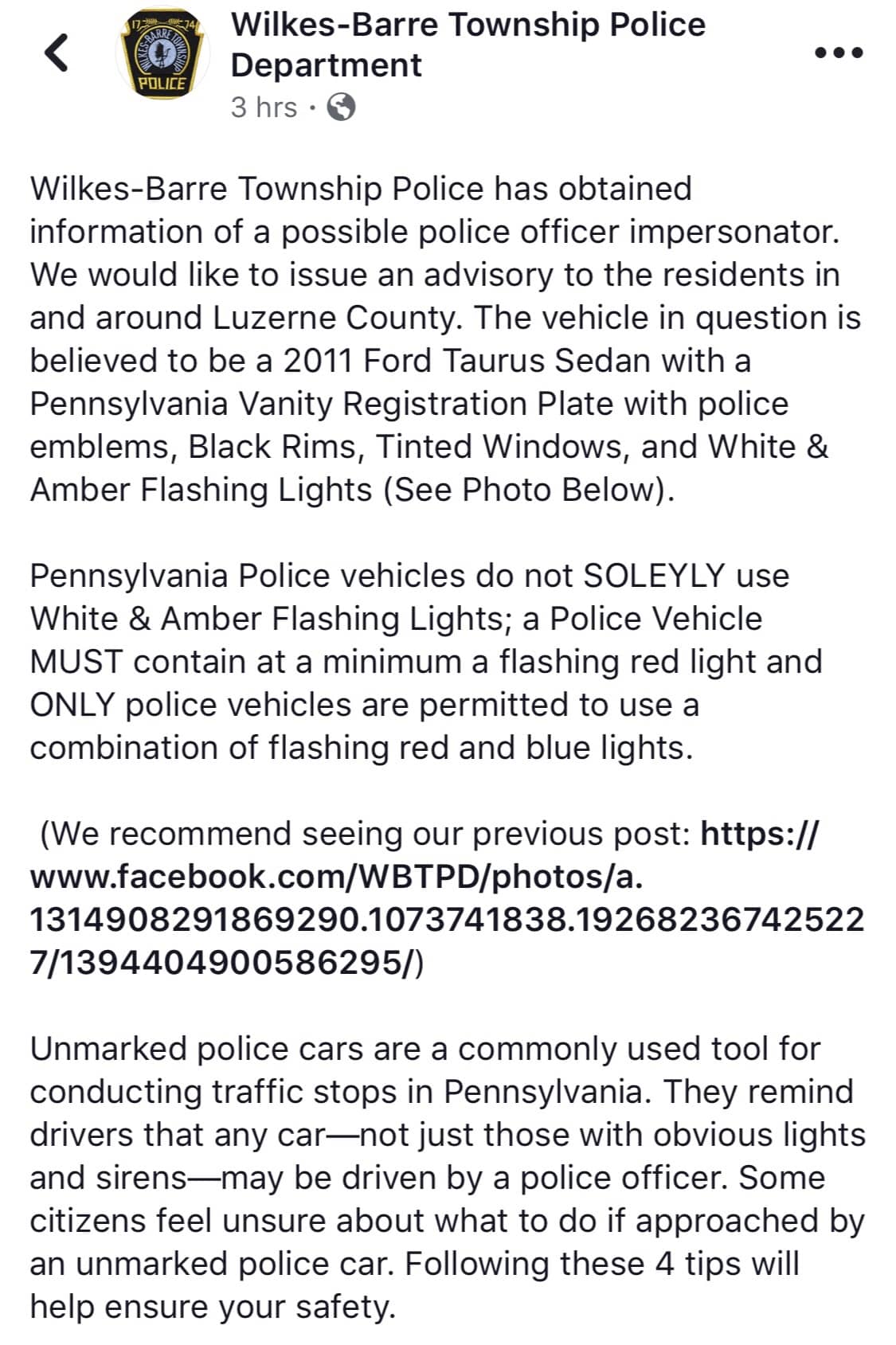 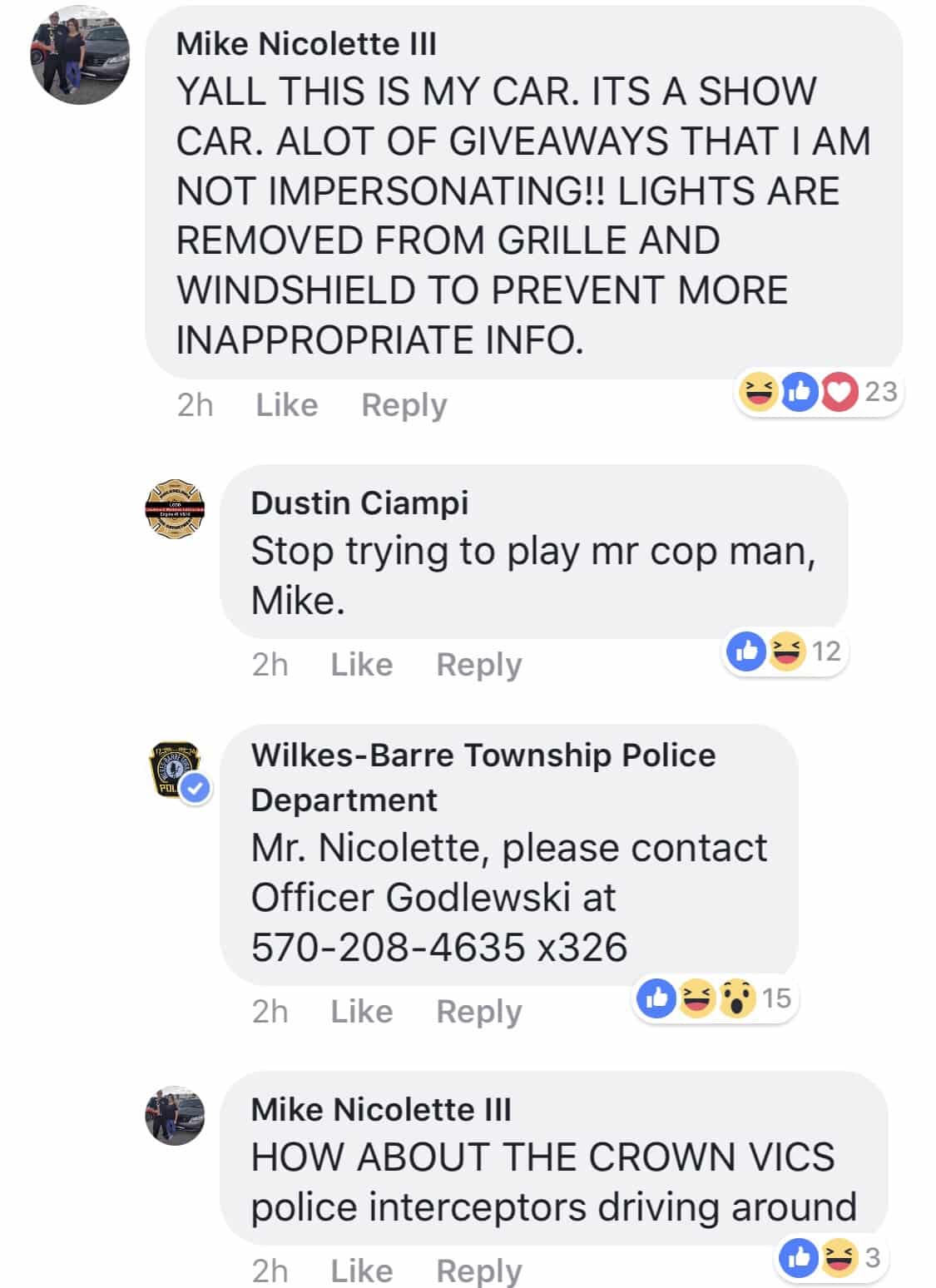 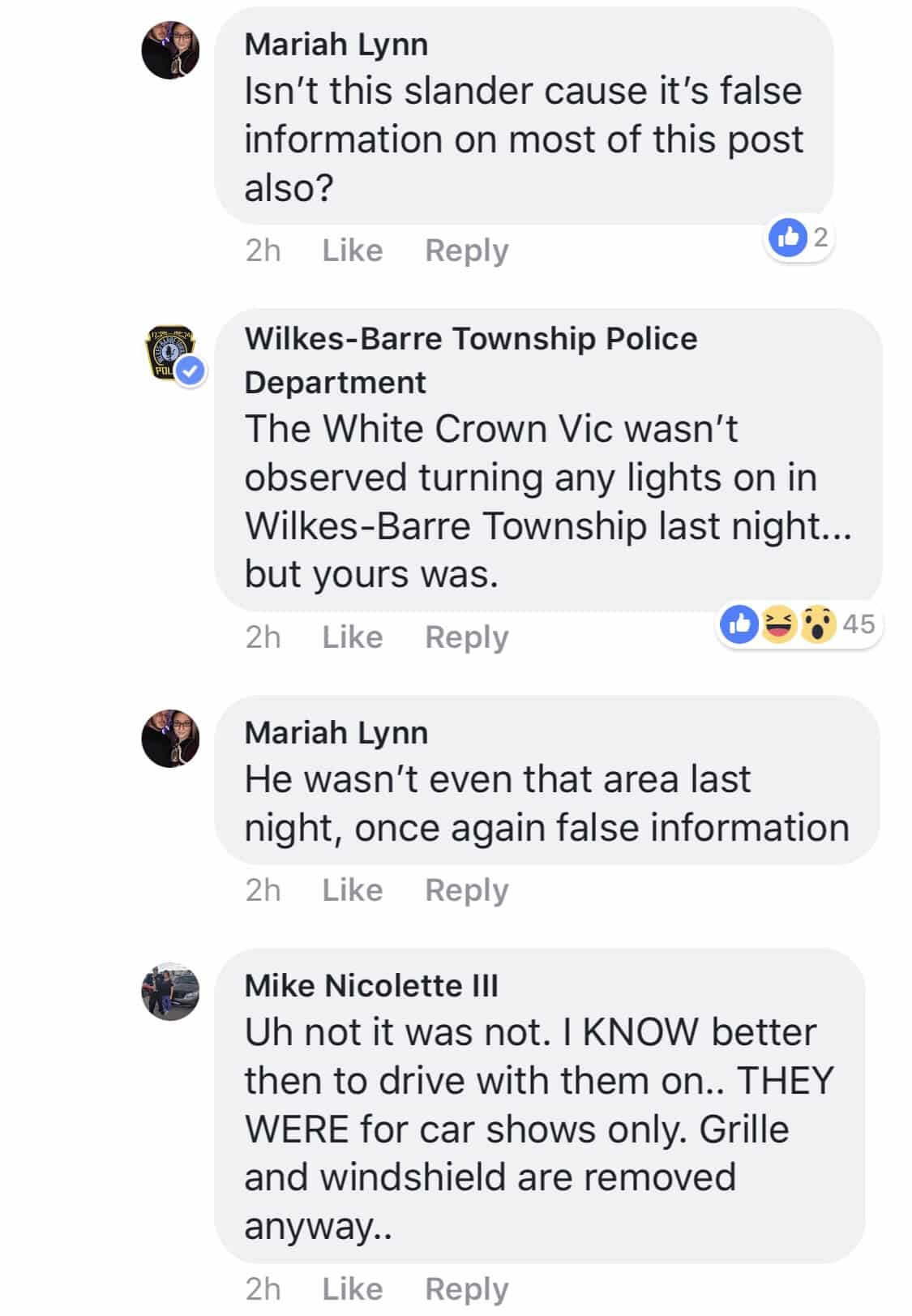 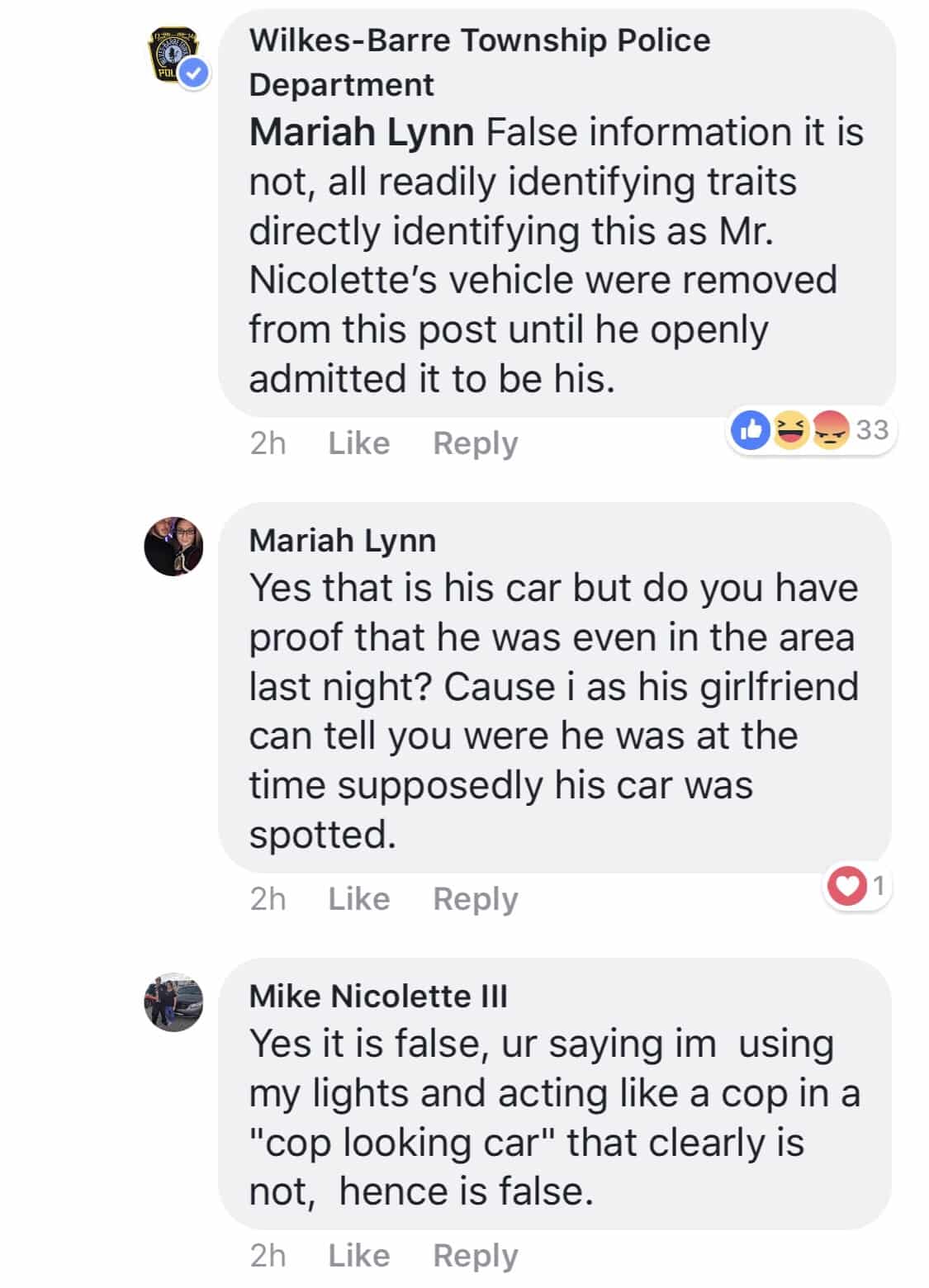 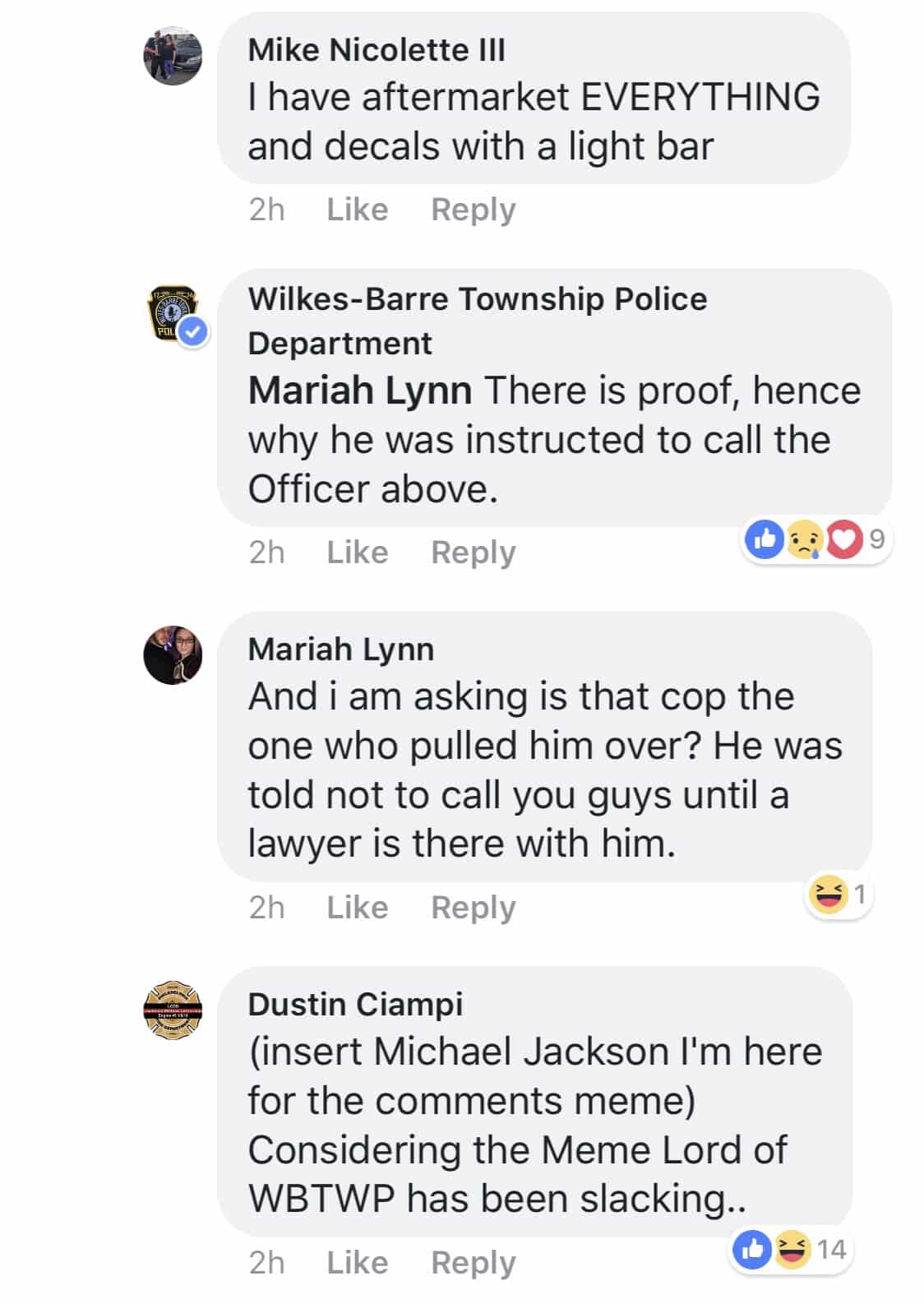 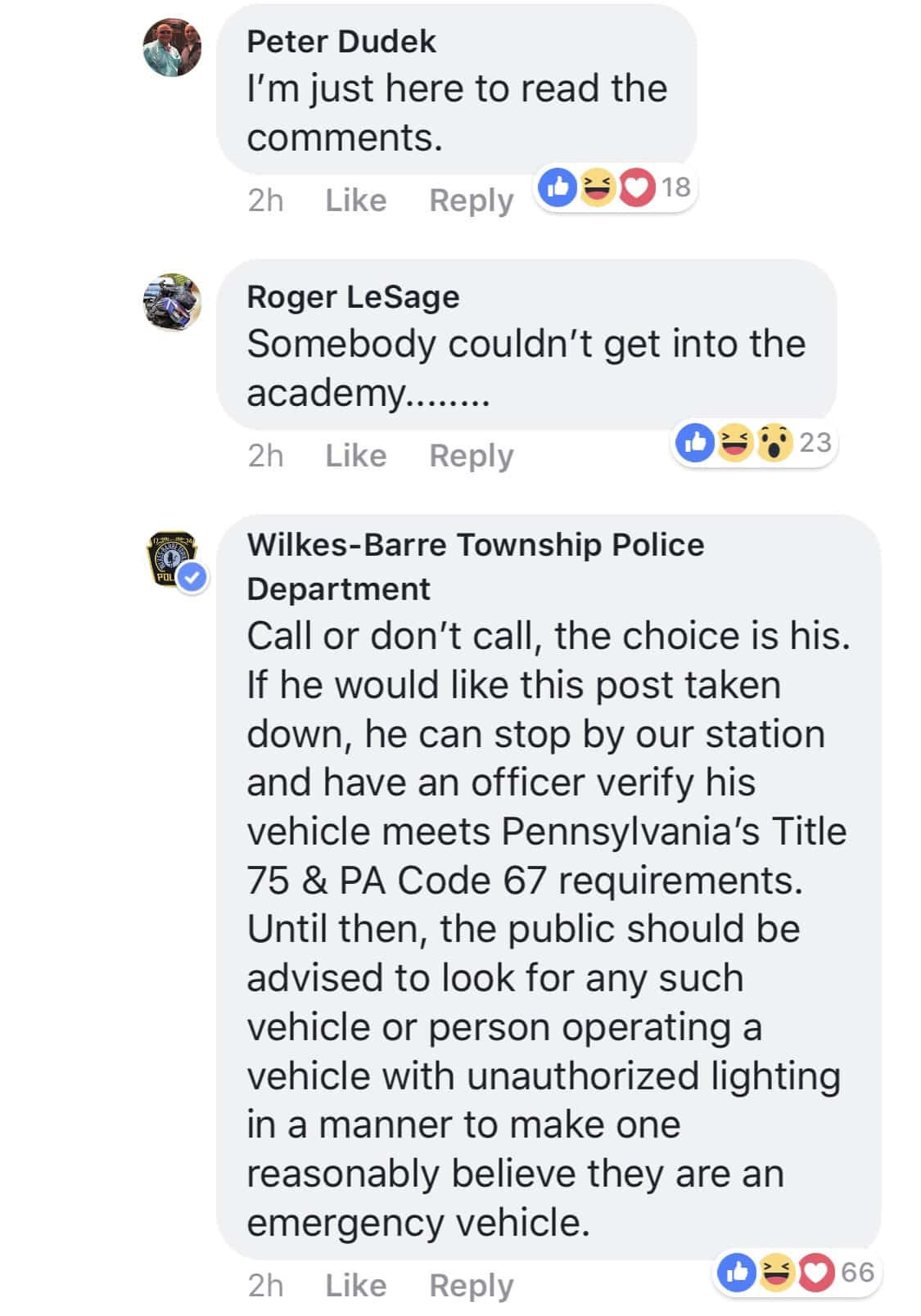 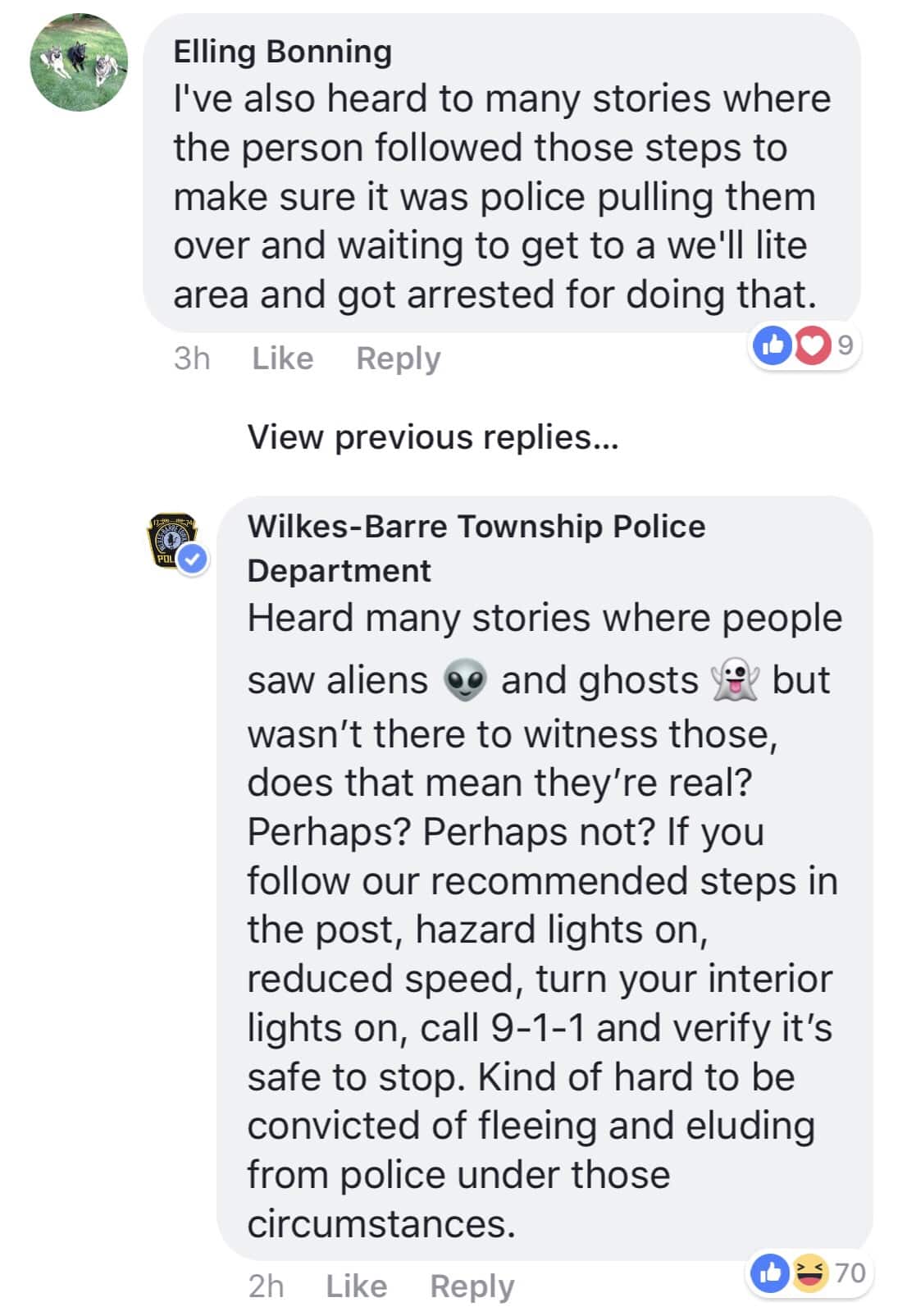