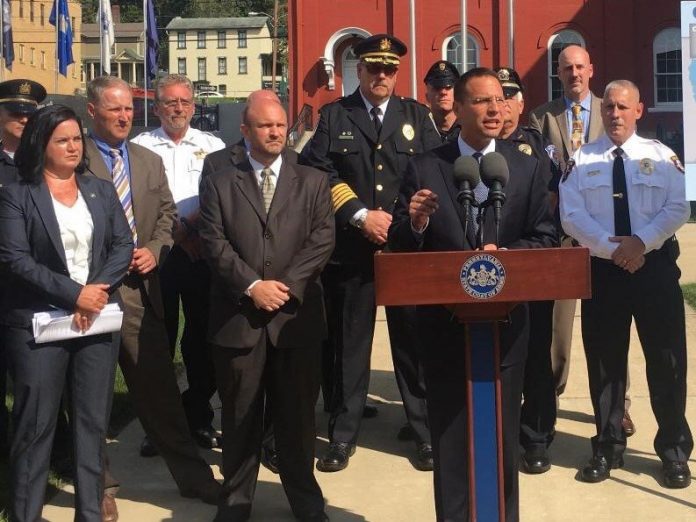 HARRISBURG — In an important ruling involving a lender and investment firm accused of “renting” Native American tribes for a payday loan scheme in Pennsylvania, Attorney General Josh Shapiro announced today a federal judge has allowed the core of a lawsuit filed by the Attorney General to move forward.

The Attorney General’s lawsuit alleges that Victory Park Capital Advisors LLC, invested and participated in a scheme with Think Finance Inc. to shield itself from state and federal laws by operating under the guise of a Native American tribe and also a federally-chartered bank. U.S. District Judge J. Curtis Joyner has denied most of a defense motion to dismiss the lawsuit, ensuring the case will proceed.

Victory Park argued that because it had no physical tie to Pennsylvania and all the activities it took part in happened outside Pennsylvania, the court had no jurisdiction and the claims should be dismissed.

Judge Joyner disagreed, holding that the Office of Attorney General lawsuit and litigation has done enough to show the investment firm participated in a scheme that targeted Pennsylvania residents – establishing jurisdiction.

“The purpose of the ‘rent-a-tribe’ scheme was to target customers in states, such as Pennsylvania, which otherwise would have prohibited the Defendants from offering the payday loans at issue,” the judge’s ruling states. “Think Finance’s answers to [interrogatories] establish that the scheme issued about $133 million in loans to 97,000 Pennsylvania consumers, which resulted in an additional $127 million in interest and fees.”

The Think Finance case centers on high-interest, short-term payday loans made to Pennsylvania residents over the Internet. The Attorney General’s lawsuit accused the lenders of violating the Pennsylvania Unfair Trade Practices and Consumer Protection Law and other state and federal laws against illegal lending practices.

Pennsylvania’s Loan Interest and Protection Law prohibits lenders that aren’t licensed under the state’s Consumer Discount Company Act from charging interest rates higher than 6 percent per year on loans lower than $50,000. The lenders in the case at issue are not licensed under the CDCA, the judge ruled.

“It’s my job to enforce Pennsylvania’s consumer protection laws and protect consumers from these kinds of schemes,” Attorney General Shapiro said. “They sought to do an end-run around our laws – and we sued to stop them.”

If you live in Pennsylvania and believe you’ve been a victim of a scam or illegal business practice, file a complaint with the Office of Attorney General’s Bureau of Consumer Protection by calling 800-441-2555 or email [email protected].