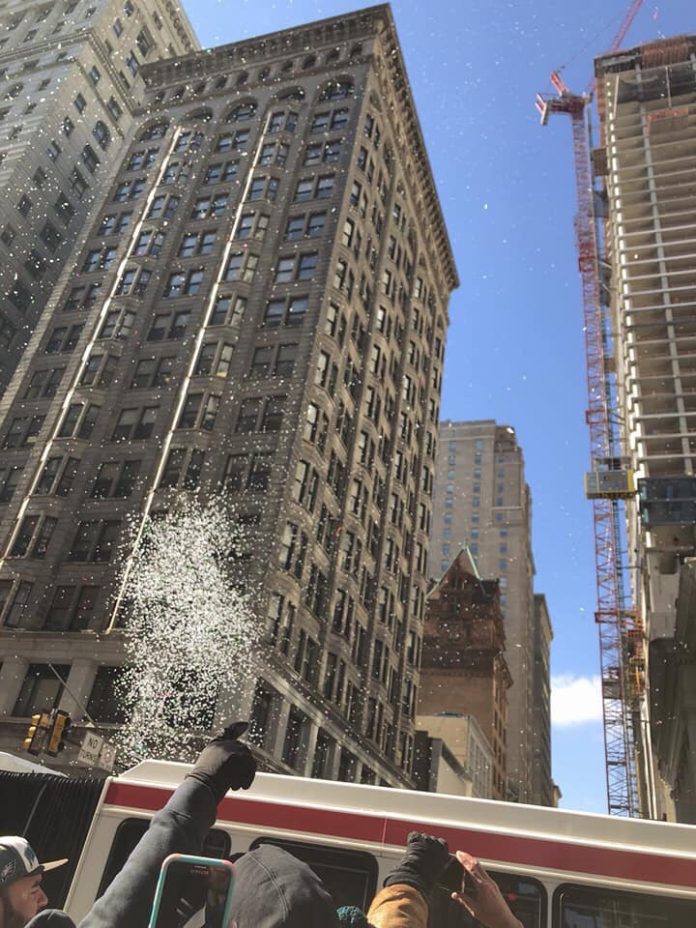 Unfortunately for a few thousand people who waited hours by the barricade, they claim Septa ruined the parade for them.

“Thanks Septa for ruining the Eagles parade for my nephew and me,” Paul Steinke wrote on Twitter. “3 articulated buses pulled up and blocked our view just as the parade reached us at Chestnut. We saw almost NOTHING after 5 hours of waiting. Thoughtless and upsetting!”

Why were the busses there? Septa states it was to transport police officers in a brief comment to YC:

These buses were being used for Philadelphia Police transport. The police commissioner just addressed questions about this at a city press conference, so you wIll likely see his comments circulating on social media and on local news. We will defer to his comments.

Check back for updates as we speak to more outraged fans. 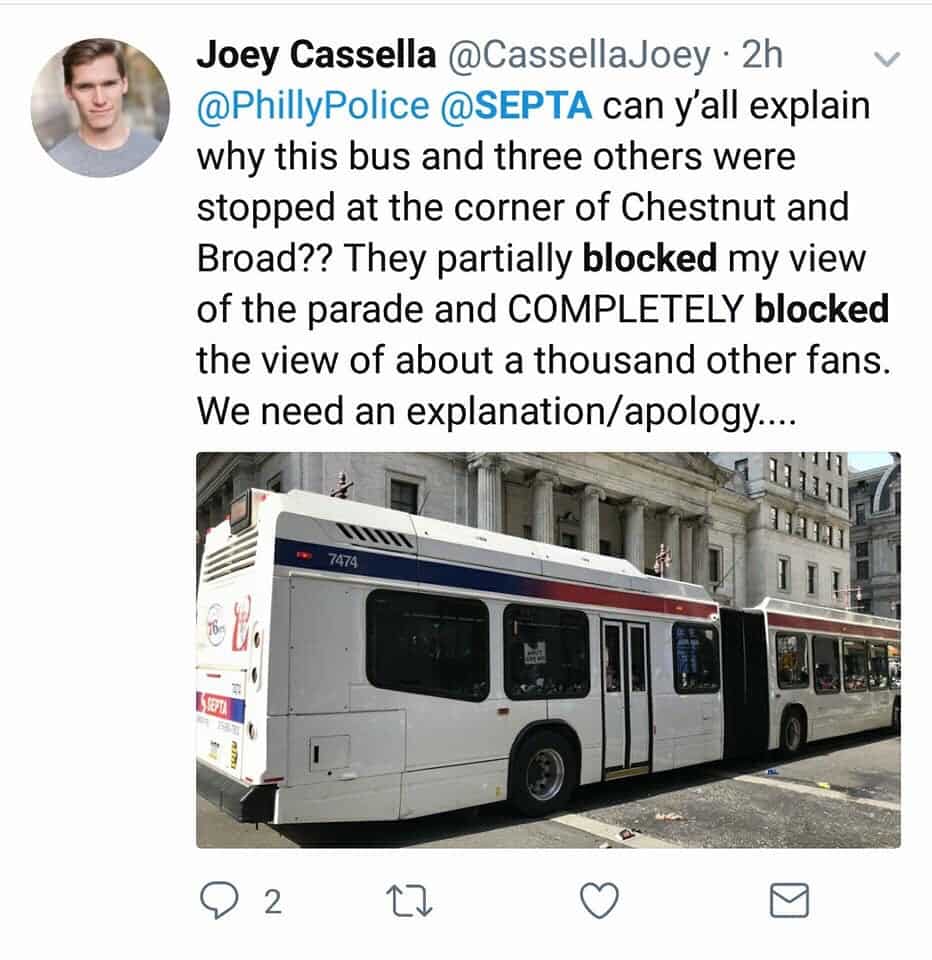 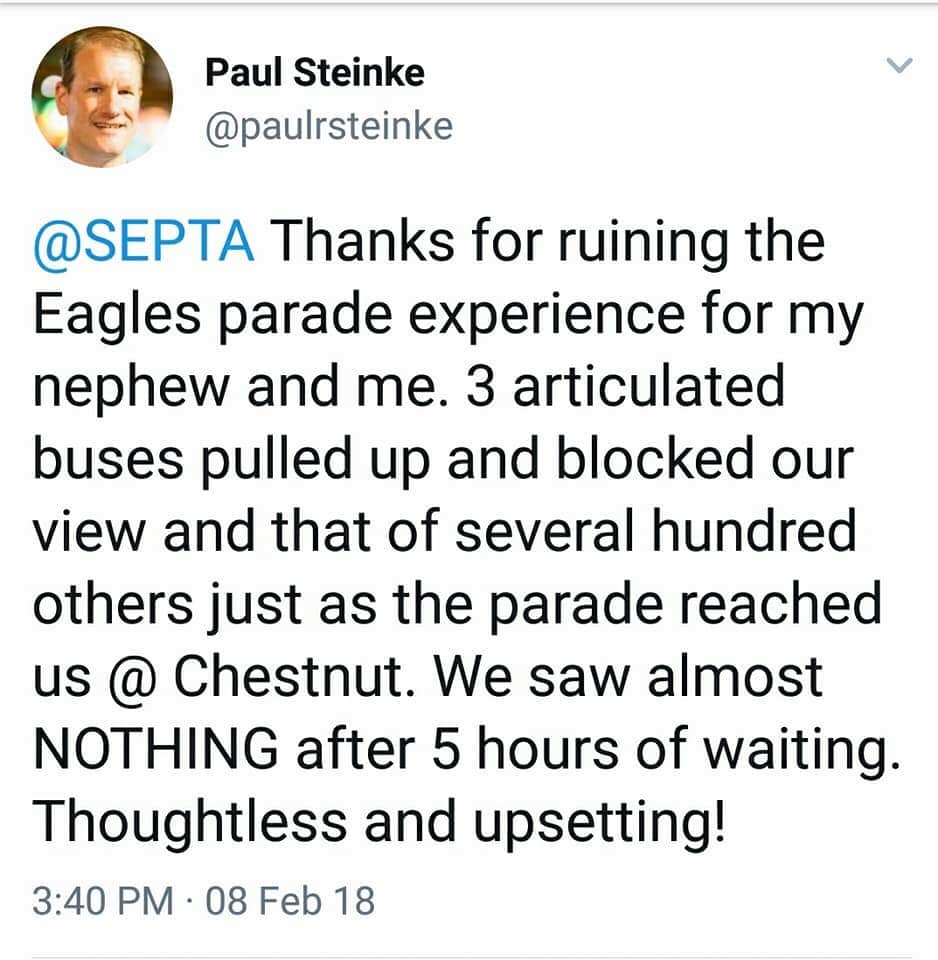 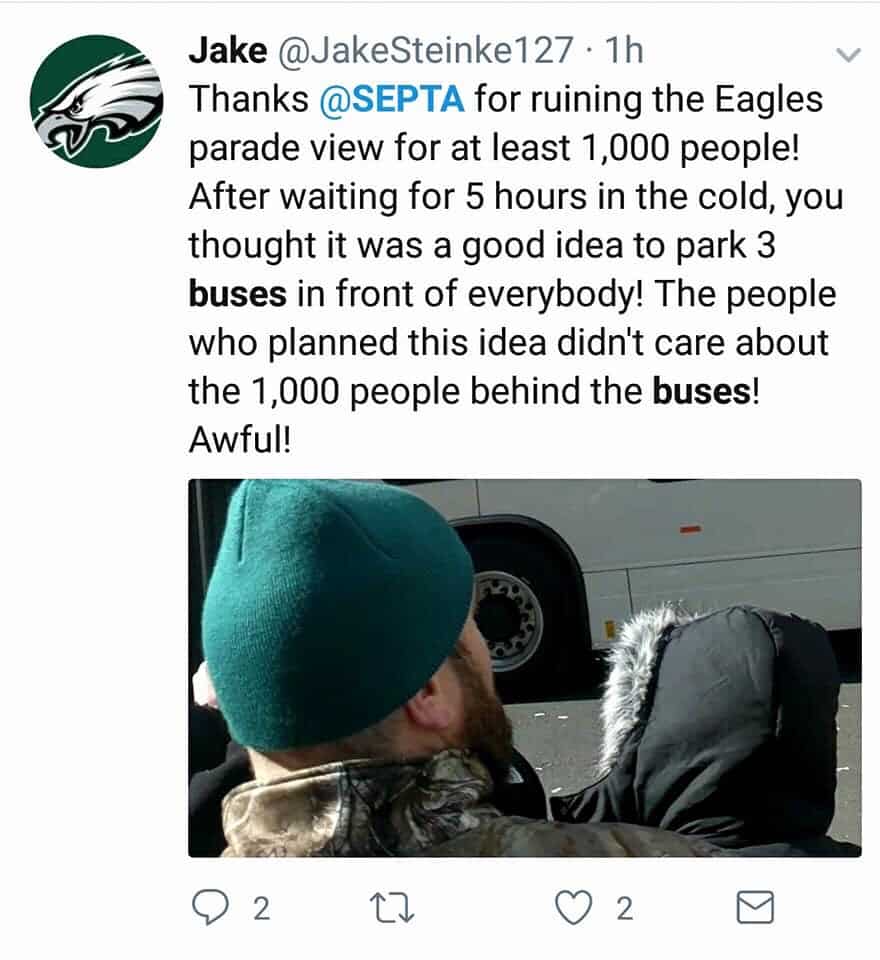 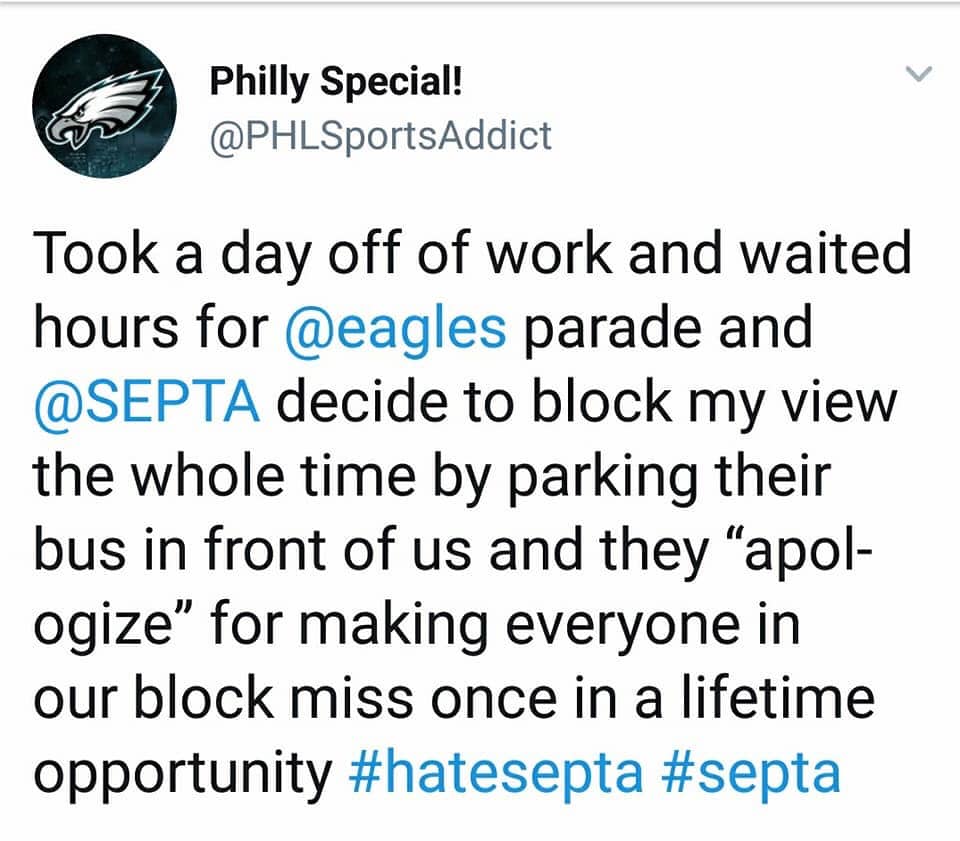 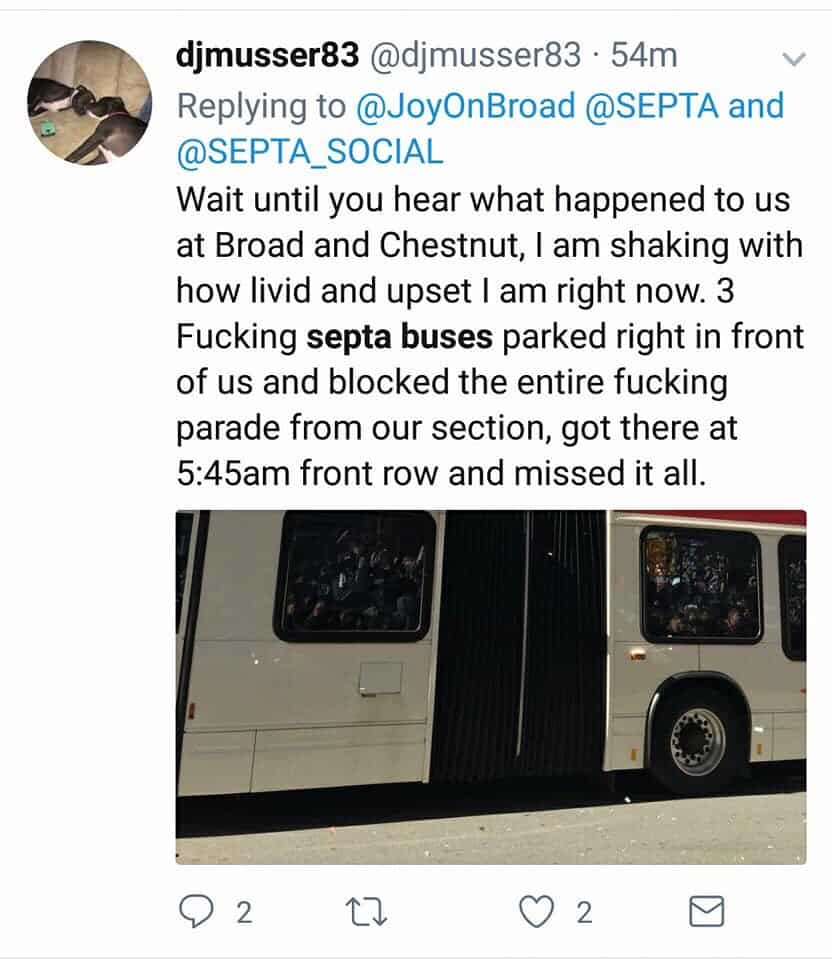