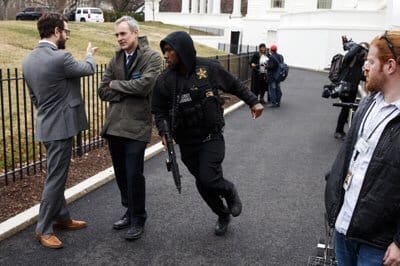 WASHINGTON (AP) — The White House is on lockdown after a passenger vehicle struck a security barrier.

The U.S. Secret Service tweets that the vehicle “did not breach the security barrier of the White House complex.” No shots were fired during the incident, the Secret Service says.

The agency adds that the female driver of the vehicle was “immediately apprehended.”

Witnesses saw a commotion on the White House grounds as security officers responded.

The Secret Service says no law enforcement personnel were injured in the incident.