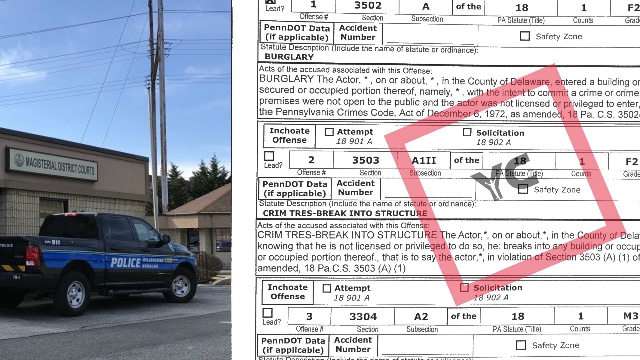 YC broke the story .. An employee of Millbourne Borough was arrested for … stealing money from the police department and township building.

Judge Christopher Mattox arraigned Tiffany Bloxter and released her on $40,000.00 unsecured bail with a condition to immediately enter rehab.

According to documents we exclusively obtained, Tiffany Bloxton of the 100 block of Normandy Road in Upper Darby stole money from within the police department. She works as a parking enforcement officer.

We were the only ones on location when police rolled up to the Upper Darby District Court to obtain and arrest warrant within the last few hours, but have yet to find Tiffany.

No official word where police are now searching for her, but she isn’t home, sources tell YC.

The investigation stemmed from an employee who discovered that her office had been burglarized on February 19th.

We are told that there is much more to the story and that the Delaware County Criminal Investigation Division are in the process of investigating a police officer that was allegedly involved. Sources tell YC that the officer was having an affair with Tiffany and led the mini-operation.