Today Delaware County District Attorney Katayoun M. Copeland and Bethel Police Chief Thomas Sharp announced the arrest of Dylan J. Dostellio of Upper Chichester who is charged with multiple violations of the Pennsylvania Vehicle Code and Crimes Code as a result of a head-on vehicular crash, that occurred on December 10, 2017. The crash left four Catholic nuns seriously injured who were traveling eastbound on Route 322, in Bethel Township.

Dylan J. Dostellio, 21, of the 500 block of Taylor Avenue, Upper Chichester is charged with aggravated assault by vehicle while driving under the influence, a felony of the second degree, aggravated assault by vehicle and accidents involving death or injury, both felonies of the third degree, and driving under the influence of a controlled substance, along with related driving violations and charges including careless and reckless driving.

An investigation into the crash scene in the 1400 block of Conchester Highway (US Route 322) which involved two motor vehicles, was launched on December 10, 2017 by the Bethel Township Police Department and the Delaware County Criminal Investigation Crash Team.

As part of the initial phase of the investigation, members of the Bethel Township Police Department attempted to identify and interview the operator of the Honda Civic, Dylan Dostellio, however he was unable to provide any information. In an effort to identity him, police searched the pockets of his jacket and trousers and located a wallet containing a zip-lock bag containing cocaine.

On Friday, January 19, 2018 a report from DrugScan containing an analysis of Dostellio’s blood sample concluded that at the time of the crash, Dylan Dostellio was a recent user of clonazepam, marijuana, and cocaine. Through the course of the investigation, it was also determined that Dostellio was driving with a suspended Pennsylvania driver’s license at the time of the crash. 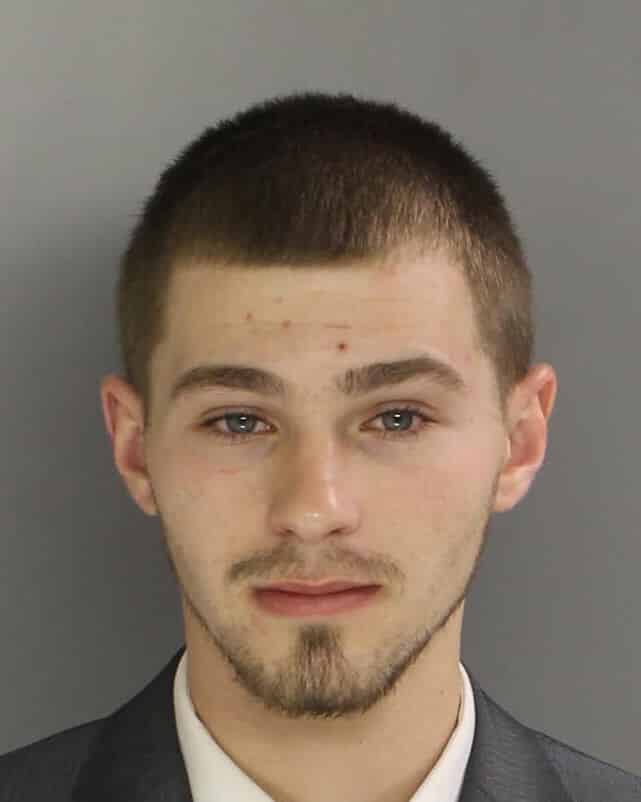 “I would like to commend Bethel Township Police for their swift response to the crash scene and their assistance in this investigation, along with CID detectives and members of the Delaware County Crash Team who are experts in reconstructing crash scenes for our county,” said Delaware County District Attorney Katayoun M. Copeland. “As a result of the efforts of police and investigators, we were able to charge Mr. Dostellio who caused injury and harm to these four innocent women through his reckless behavior and actions.”