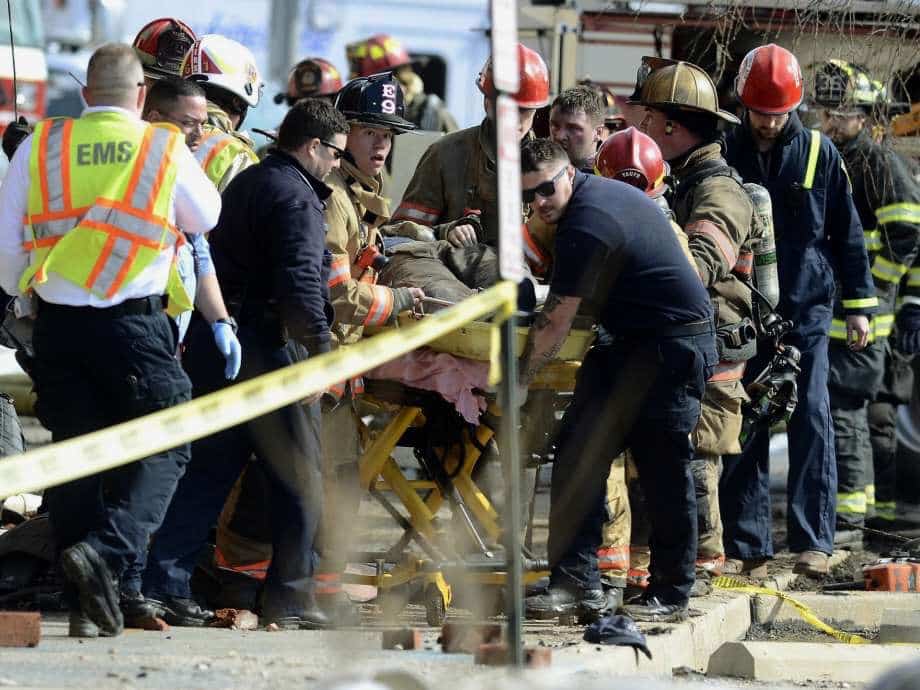 YORK, Pa. (AP) – A section of a burned-out former piano factory in Pennsylvania collapsed Thursday a day after a fire, killing two firefighters and injuring two others who were looking for hot spots and investigating the cause of the blaze.

The two other firefighters injured in the Thursday collapse, Assistant Chief Greg Altland and firefighter Erik Swanson, were in stable condition and being treated for injuries that are not life-threatening, the mayor said.

The four firefighters were looking for hot spots and the cause of a fire that broke out Wednesday when a large section of the former Weaver Organ and Piano factory building’s wall collapsed on them, York officials said.

The former factory was being converted into residential units, and was expected to be completed by this summer in the city about 100 miles (about 160 kilometers) west of Philadelphia.

The collapse trapped all four of the firefighters, who were rushed to an area hospital after being rescued.

“We are totally overwhelmed,” Michaels said, adding that the department was going to need to lean on a lot of people in the aftermath of the deaths of the two firefighters.

Flanscha was named the York City Firefighter of the Year in 2004, and was a 20-year veteran of the department. Anthony had been with the department since 2010.

The two firefighters are the 12th and 13th city firefighters killed in the line of duty in the department’s history.

People are organizing to assist the families of the firefighters, Helfrich said. A number of families displaced by the collapse are being assisted by a nearby church.

The former chief doctor of the Siberian hospital where Alexey Navalny was treated after his poisoning last year has gone missing.

The White House will no longer allow secret rendezvous to take place after unveiling a ‘visitor log’.