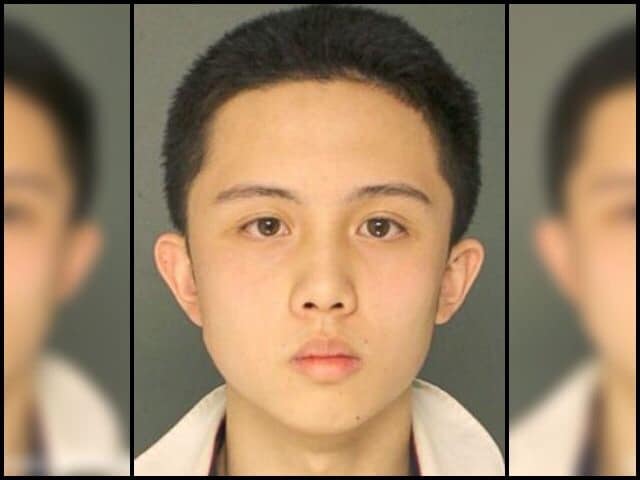 An Tso Sun — an 18-year-old in the U.S. on a student visa — is accused of making a threat to another Bonner Prendergast Catholic High School student, saying he was plotting a shooting spree on May 1, according to The Inquirer. Afterward, the foreign exchange student said he was “just kidding.”

Nonetheless, the student whom Sun had made the threat to told authorities and school officials. After the foreign exchange student was arrested by police, his home was raided and authorities found that Sun had been searching how to buy an AK-47 and an AR-15.

“When you add it all together, we believe that he was planning something horrible,” Upper Darby Police Superintendent Michael Chitwood told the local media.

Though police did not find a gun in his home, they did find:

Sun first entered the country in July 2017. Now, the foreign exchange student is being held at the Delaware County Prison and is charged with making terrorist threats.

Sun’s lawyer, Enrique Latoison, said some of the items found were part of a Halloween costume that Sun wore to school.

“Those items have a harmless context,” Latoison said. “It was a ‘Black Ops’ outfit that he actually wore to school.”

When asked about specific items, Latoison said he had yet to see the full list of items that were allegedly found at Sun’s residence.

“I don’t know anything about the strangling device,” Latoison said. “I don’t think that people are irrational for having a heightened sense of fear when you put everything together. But what I’m saying is that he had no intention to harm anyone, to go and shoot anyone. He had no intentions of committing any kind of mass shooting.”

In response to Latoison’s claim, Chitwood said, “That’s a good one.”

“It’s a tactical army ballistic vest,” Chitwood said. “It probably weighs 80 to 90 pounds. There’s a strangling device. There are 20 rounds of 9mm ammunition. When you put it all together, then you have to raise questions. By themselves, [the items are] not illegal. But when you add it all up, it shows a pattern of potential horrific, horrible acts that could be committed.”