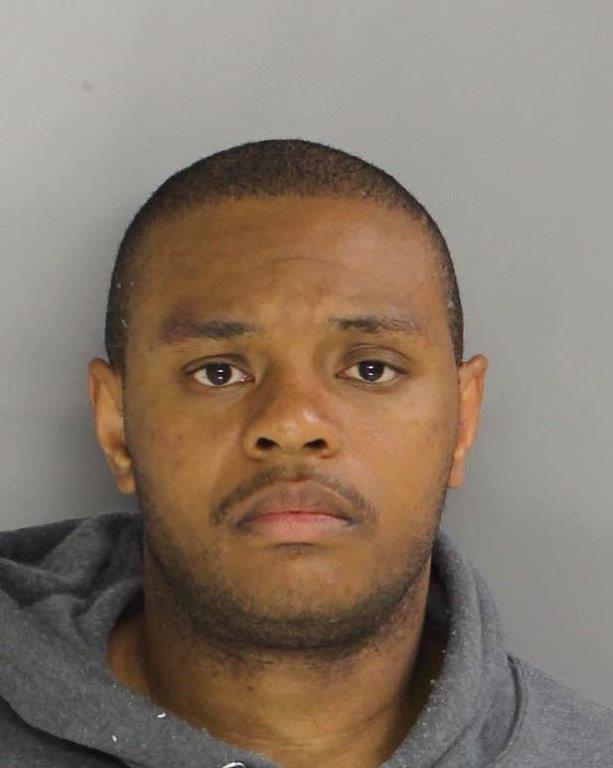 Today District Attorney Katayoun Copeland announced the arrest of Donte T. Williams of Drexel Hill, who is facing drug trafficking charges relating to an investigation that uncovered approximately 13 pounds of marijuana, more than 1,000 prescription pills including Percocet, Adderall, Xanax, along with various other controlled substances, and a firearm.

Donte Williams, 31, of the 700 block of Burmont Road in Drexel Hill, is facing four counts of possession with the intent to deliver a controlled substance, ungraded felonies, and one count possession of a firearm prohibited, a felony of the first degree.

Donte Williams was remanded to the George W. Hill Correctional Facility after failing to post $50,000 bail.

When police approached the property, Donte Williams was exercising in the enclosed courtyard area.

At this time, police detained Williams, who waived his Miranda Rights and spoke to police, indicating that there was “a lot of weed” in the apartment, in addition to a gun and $10,000 in cash. Inside the apartment, police located a .38 special revolver with a taped grip loaded with five .38 caliber bullets, in addition to marijuana in a large plastic bin and various sizes of sealed bags containing marijuana.

As the search continued, police located thirty different prescription bottles and more than 1,000 pills including Percocet, Adderall, Xanax and various other controlled substances.

“Our county, like the rest of the nation, is currently facing an opioid epidemic. In order to prevent the use and abuse of addictive opiates, we are working together with law enforcement to remove these deadly drugs and the individuals who sell them, off of the street,” said District Attorney Katayoun Copeland.

“Our Narcotics Task Force is continually working to attack the source of these deadly drugs and aggressively arrest and prosecute drug dealers who are perpetuating this epidemic that is tearing families apart. In this case, due to the excellent investigative work of Detective Steven Bannar of the Criminal Investigation Division and Officer John News of the Upper Darby Township Police Department, with assistance from our Delaware County Narcotics Task Force, law enforcement was able to apprehend this dealer who was packaging and selling various drugs right here in our community.”

On behalf of the Commonwealth, Deputy District Attorney Sharon McKenna, Chief of Narcotics Unit, is prosecuting the case.