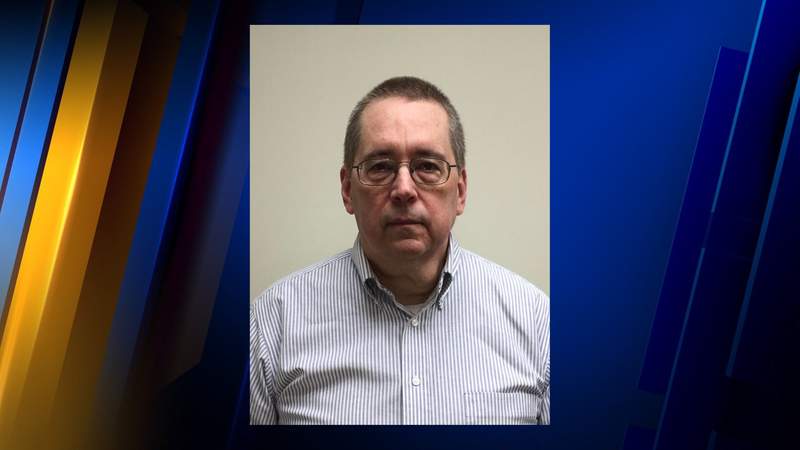 ERIE, PA — Attorney General Josh Shapiro today announced criminal charges against a Catholic priest in the Diocese of Erie for sexual abuse committed against two young boys over a period of many years.  One of the victims was 8 years old when the priest began abusing him.  The second victim was 15 when the abuse started.

Father David Poulson, 64, of Oil City, a Catholic priest in the Erie diocese for four decades until earlier this year, was arrested this morning and charged with indecent assault, endangering the welfare of children and corruption of minors. Three of the counts against Poulson are felonies. The charges were recommended by a statewide investigating grand jury, which found that Poulson sexually assaulted the boys while employed in active ministry as a priest by the Erie diocese.

“Poulson assaulted one of his victims repeatedly in church rectories,” Attorney General Shapiro said at a news conference at the Erie County Courthouse where Poulson’s arrest was announced. “He made that victim go to confession and confess the abuse – to Poulson. This was the ultimate betrayal and manipulation by Poulson. He used the tools of the priesthood to further his abuse.”

According to the grand jury’s presentment made public today:

• Poulson sexually assaulted one victim repeatedly in church rectories at St. Michael’s Catholic Church in Fryburg and Saint Anthony of Padua Catholic Church in Cambridge Springs. The abuse at the rectories usually happened on Sundays – after this victim served as an altar boy at Mass.These assaults took place more than 20 times.

• Poulson required this victim to make confession in church and confess to the sexual assaults – to Poulson, who served as the priest receiving the boy’s confession.

“This was the ultimate betrayal and manipulation by Poulson – he used the tools of the priesthood to further his abuse,” Attorney General Shapiro said.

• Poulson also assaulted this victim and a second victim at a remote hunting cabin that he owned with a friend in Jefferson County. The cabin was off-the-grid and was located 10 minutes off the main road in a rural location.It lacked electricity, heat or running water.Poulson would bring the youths to the cabin, watch horror movies with them on his laptop, and then assault them.

The Diocese of Erie knew since at least May, 2010, of Poulson’s sexual predator tendencies – but did nothing to report him to authorities until September, 2016, in response to a subpoena from the grand jury. The diocese even produced a May 24, 2010 secret memorandum, in which diocesan leaders confirmed complaints had been made about Poulson’s inappropriate contact with minors. In the memo – hidden in church archives for six years – Poulson admits being “aroused” by a boy, and sharing sexually suggestive texts with numerous other boys.

“The time of protecting powerful institutions over vulnerable children is over, and anyone who abuses kids will have to answer to my office,” Attorney General Shapiro said.

“Children are targeted by predators because they are vulnerable, they are young and they struggle with shame, confusion, or fear,” Shapiro said. “But once a victim finds the courage to come forward, law enforcement must take action. Poulson faces serious felony charges for the sexual abuse of a child. We will hold him accountable.”

“These victims are remarkably brave young men – who have struggled with the trauma of Poulson’s abuse for years,” Attorney General Shapiro said. “It is no surprise the victims kept this secret for so long. They were attacked by the very person they were taught to respect and admire.”

Earlier this year, the grand jury learned of the first victim’s sexual abuse by Poulson, after a military chaplain at Fort Hood, Texas, phoned the Erie diocese and said the victim – now 23 years old – had disclosed he was sexually abused by Poulson when he was a child.

Diocese officials interviewed Poulson, who admitted he owned the hunting cabin and that he took an estimated 20 trips there – half of which were with young boys.  He admitted he was attracted to young men and provided the names of the boys he took to the cabin.  The diocese, by this point cooperating with the Office of Attorney General and the ongoing grand jury investigation, turned the boys’ names over to investigators.

The grand jury heard from nine other men who had contact with Poulson when they were minors. The men told similar stories: Poulson was a “cool” young priest who befriended them, flirted with them, “wrestled” with them, and “joked” about his sexual preference for young boys. Poulson plied the boys with gifts, cash, dinners and alcohol. In at least one of these cases, prosecutors believed evidence of a sexual assault existed, but it was barred on statute of limitations grounds.

During the press conference, Attorney General Shapiro renewed his call for abolishing the criminal statute of limitations for sex crimes against children under Pennsylvania law.

“It is long past time to reform these arbitrary time frames and seek justice for our children,” Attorney General Shapiro said. “In this case, our investigators uncovered evidence of other sexual assaults – but the statute of limitations prohibited us from filing those charges. This victim – all victims – are entitled to justice.”

Poulson was assigned to various parishes during his tenure as a priest in the Diocese of Erie. Poulson’s assignments included serving as Pastor of four different parish churches, including St. Agnes in Morrisdale, St. Michael’s in Fryburg, St. Anthony of Padua in Cambridge Springs, and St. Bernadette, also in Cambridge Springs.

Last week, Shapiro’s office accepted pleas from two Franciscan Friar supervisors in Blair County, who are among the first clergy members in the United States to be held criminally liable for covering up sexual abuse of children by other clergy. They are the first members of a religious order in Pennsylvania to be sentenced for protecting clergy who abused children.

Last July, his office arrested another Catholic priest, Father John Sweeney, and charged him with sexually assaulting a 10-year-old boy in Westmoreland County. That case is pending.

“The victims we speak for today were abused by a man who was supposed to protect them,” Shapiro said at the news conference’s conclusion. “They were abused in sacred places where their families thought they were safe. We are committed to protecting every victim of sexual abuse. No one is above the law. We will pursue the facts and the evidence wherever we find it.”