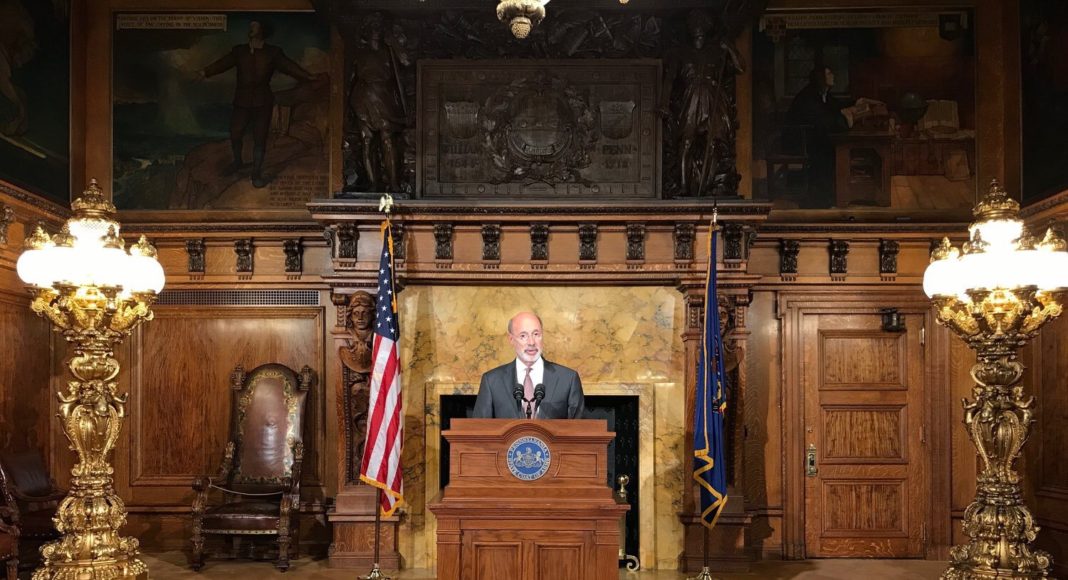 “CHIP provides high-quality health insurance for over 180,000 children across the commonwealth and it is absolutely appalling that Republicans in Washington would put families at risk,” Governor Wolf said. “Instead of cutting health care funding to appease special interests and extremists, we need the White House and congressional leaders to work towards better health care for our kids and families. Thousands of families rely on CHIP and we shouldn’t be diverting one dollar from this important program.”

“This proposal is a shameful betrayal of children,” Senator Casey said. “This Administration and congressional Republicans passed a massive tax giveaway to their donors and big corporations and now they want vulnerable children to pay for it. This is absolutely unacceptable. I will continue to fight for CHIP funding and I hope Republicans will join me.”

The FBI has launched a corruption investigation into Gov. Tom Wolf (D-Pa.), according to an explosive report by the Associated Press.
Read more