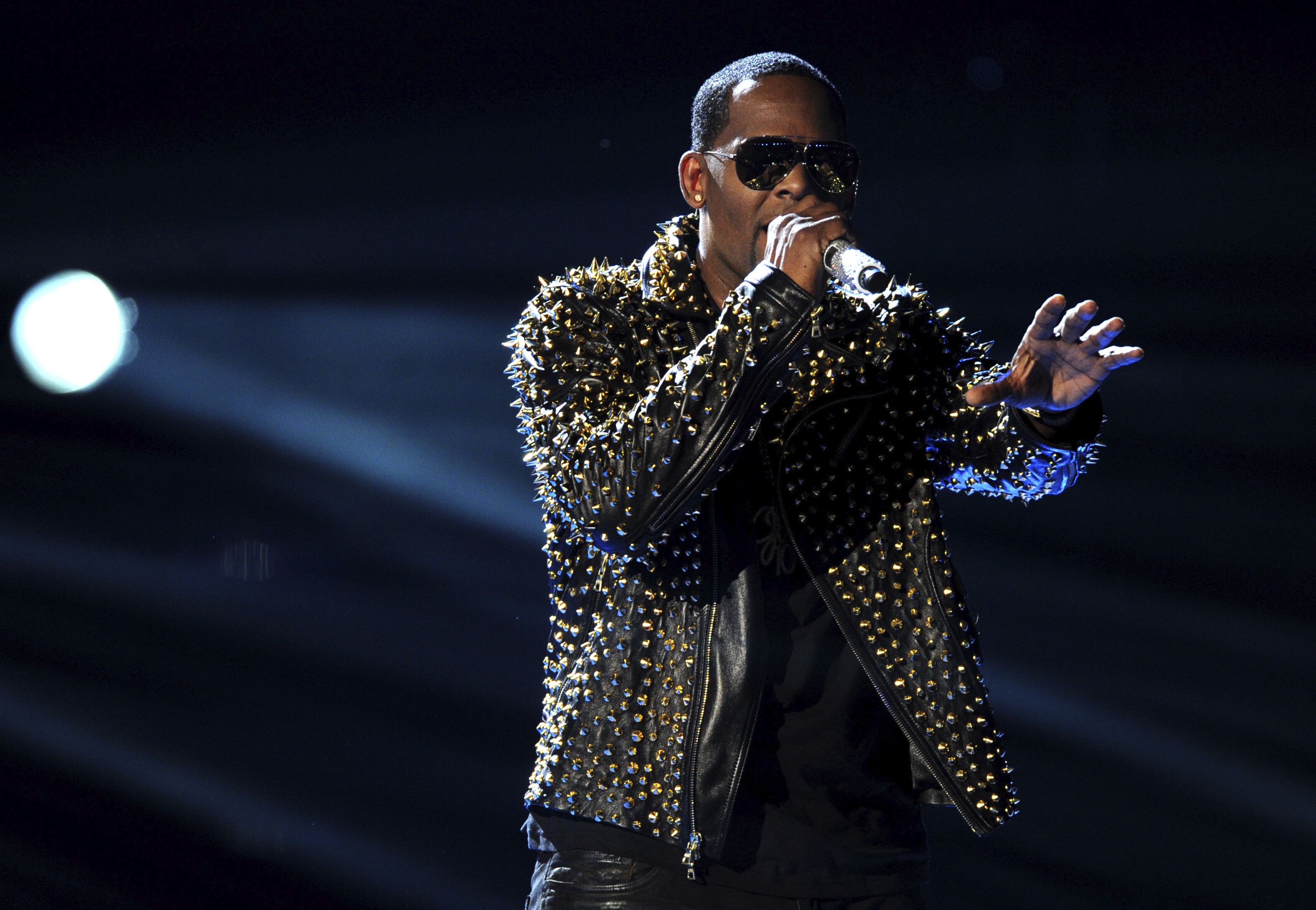 GREENSBORO, N.C. (AP) — With demonstrators standing outside his concert protesting his presence, R. Kelly summoned his passionate fans to carry him through what has been a difficult week.

Interspersing references to God with his suggestive lyrics and salty language, Kelly stirred up a crowd inside the Greensboro Coliseum on Friday to buoy him as he encountered longstanding allegations of mistreatment of women and an effort to get coliseum officials to cancel the concert.

“Sometimes, some storms ain’t gonna stop,” Kelly told the audience during his nearly one-hour performance. “As long as my fans are calling for me, I’m gonna be on that stage, singing these songs.”

Well after his performance, however, the storms that started before he arrived continued to roil.

Women’s groups had urged the Greensboro Coliseum to cancel, days after Kelly was disinvited from a concert in Chicago. Spotify announced it would no longer stream his music in its curated playlists.

Although it didn’t announce the move, Apple’s music-streaming service also has stopped promoting Kelly’s music on some of the featured playlists that it shows its 40 million subscribers. Like Spotify, Apple Music still carries an extensive selection of Kelly’s songs in its library.

Pandora also declined to discuss how it is now treating Kelly’s music in its curated playlists, but said it has decided not to promote “artists with certain demonstrable behavioral, ethical or criminal issues. We approach each of these scenarios on a case-by-case basis.”

But before the latest moves, Kelly took the stage, inviting some audience members to join him. Stage hands also passed out t-shirts that read “Turn Up R. Kelly.”

“I’ve been through a lot of (expletive)” this week, he said. He thanked his fans, “for y’all to fight for me all these years.”

Kelly said he was approached backstage to tone down his songs and language because there were families in attendance.

“Let me ask y’all something,” he said to the crowd. “Can I do my show tonight?”

Kelly then launched into his sexually suggestive repertoire. At one point, he rubbed a fan’s cell phone between his legs. He persuaded another to wipe his face, tongue and crotch with a towel.

Kelly denies abusing anyone and faces no current criminal charges, and his fans weren’t giving up on their R&B superstar.

“Everybody has some skeletons in the closet. I’m not going to tear him down, every good thing he does, because of something negative in his life,” said Clarissa Kelley of Lancaster, South Carolina.

The Greensboro concert was among the R&B singer’s first performances since the #MuteRKelly movement accelerated boycott efforts in recent weeks, with help from the Time’s Up campaign against sexual harassment and assault.

Protesters stood on the sidewalk outside the Greensboro Coliseum and criticized arena officials for declining to meet with a coalition of women’s groups that signed a letter citing a “long term history of sexual misconduct” by Kelly.

“It’s important for the black community to stand up and hold him accountable for his actions,” said Omisade Burney-Scott, with the Sistersong, a reproductive rights group.

R. Kelly is one of pop music’s best-selling artists, with hits including “Ignition,” ”I Believe I Can Fly,” ”Step in the Name of Love,” ”Same Girl” and “Bump N’ Grind.” He’s also written hits for Celene Dion, Michael Jackson and Lady Gaga.

He’s written classic love songs and even gospel music, but he’s defined by sexually explicit songs such as “Feelin’ on Yo Booty,” ”Your Body’s Calling Me,” and “Sex Me.”

He was acquitted in 2008 of child pornography after a video circulated appearing to show him having sex with a teenage girl. But as he continued to score hits and sell out stadiums, more women have come forward in recent years accusing him of sexual misconduct.

Kelly had been scheduled to be among the performers at a May 5 concert in Chicago, but was dropped as efforts by organizers of #MuteRKelly gained attention with support from Hollywood’s Time’s Up campaign.

Spotify, citing its new policy against hateful content and conduct, announced Thursday that Kelly’s music is no longer available on the service’s owned and operated playlists and algorithmic recommendations. His music can still be found by those who search for it, but Spotify will not promote it.

Kelly’s management protested the move in a statement to The Associated Press.

“R. Kelly never has been accused of hate, and the lyrics he writes express love and desire,” the statement read. “Mr. Kelly for 30 years has sung songs about his love and passion for women. He is innocent of the false and hurtful accusations in the ongoing smear campaign against him, waged by enemies seeking a payoff. He never has been convicted of a crime, nor does he have any pending criminal charges against him.”

Man Nearby Horse Betting Station Tricked Harrah’s Casino Staff, Snatched $24K in Loot and Made Off on Foot, Cops Search for Clues

A man ‘ran faster than a withdrawing crackhead who just scored’ darting past witnesses at a rate of ‘at-least 25 miles per hour’ on foot.
Read more